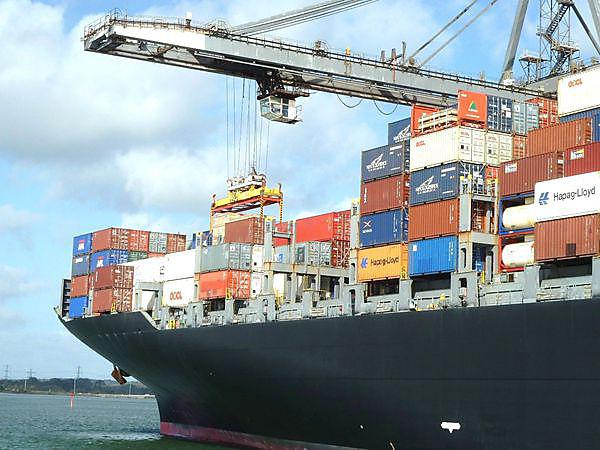 Britain’s lasting relationship with, and future reliance upon, the sea will be explored at a major maritime conference taking place at University of Plymouth.

Britain and the Sea 3, being held on September 11 and 12, is focused upon the heading of 'Enriching Britain’s Maritime Capability' and will examine key areas of marine and maritime concern affecting the UK.

Supported by University of Plymouth's Marine Institute and School of Government, in partnership with the Maritime Foundation, the conference will feature expert speakers from Plymouth and around the country.

It will also see the launch of the Dartmouth Centre for Seapower and Strategy, a pioneering venture aimed at raising knowledge, awareness and understanding of strategic and defence issues as they relate to maritime affairs and informing and shaping security policy decision-making through education, training and research.

“The conference is set to be challenging, and the topics are of interest to all persons involved in marine and maritime activities. There will be the opportunity for lively discussion, which will help develop an understanding of how Britain’s maritime capability can be enriched. It is appropriate that the conference is taking place in Britain’s 'Ocean City’, against the backdrop of the Ocean City Festival, recognising Plymouth’s continued marine and maritime influence on the local and global stage.”

The conference will focus on three key themes.

Seapower in an Age of Uncertainty recognises that in an increasingly complex globalised world, with a growing population and increasing expectations, the need for seapower goes beyond what has been the traditional ‘defence of the realm’. The session will be chaired by Professor Graeme Herd, Director of the School of Government at University of Plymouth, who will also talk about the development and aims of the recently established ‘Dartmouth Centre for Seapower and Strategy.’ Other key speakers will include Steven Haines, Professor of Public and International Law at Greenwich University, Gwythian Prins, Visiting Professor of Modern War Studies, the University of Buckingham, and Mark Grove, Lecturer in Maritime Warfare, University of Plymouth at Britannia Royal Naval College, Dartmouth.

The Maritime Human Resource Challenge will identify industrial concerns associated with ensuring that the necessary maritime skills are available to exploit the wealth of the oceans, provide protection and undertake activities associated with world trade. The United Kingdom's marine and maritime sector employs over 360,000 people and contributes more than £19 billion gross added value to GDP. Britain, through London, is the accepted world centre for maritime business. Speakers in this session will include nationally recognised persons from the Maritime Skills Alliance, Seafarers UK and Dearsley Maritime Consultancy. The session will showcase recent developments in the Plymouth ‘travel to work area’ helping provide skills sets needed for the future.

Marine Environment Matters will cover some of the major concerns being addressed at international level to protect the marine environment. Plymouth has a scientific community that is second to none, and which understands the complexities of the marine environment and recognises the efforts needed to ensure that exploitation of the world’s seas is undertaken in a sustainable way. The conference will cover solutions to reduce shipping emissions, threats created by ‘alien species’, the importance of Marine Protected Areas and the sustainability of the UK fishing industry.

"The programme is breaking new ground, because it brings together the Royal Navy, academic and civilian maritime interests in pursuit of sustainable maritime activity. The conference aims to demonstrate new opportunities for Britain as a maritime nation."

Britain and the Sea