Plymouth could be getting a slice of space history – Tim Peake’s Soyuz descent module.

The city bid to be part of the craft’s UK tour and has been shortlisted to host both the spacecraft and parachute, as well as a number of associated exhibits.

Tim Peake returned to Earth in June 2016, after six months on board the International Space Station where he conducted experiments, walked in space and even ran a marathon.

After his return, the Science Museum Group acquired the capsule Soyuz TMA-19M and joined forces with global technology innovators Samsung to create the national tour, and Space Descent VR – a virtual reality adventure which enables visitors to experience what it feels like to sit inside the module as it makes its dangerous high-speed journey home.

The group launched a competition to encourage cities and towns to pitch for the chance to host the unique piece of space technology and Plymouth is one of five destinations left in the running. The winner will be announced in March 2018.

The bid was submitted by STEM Plymouth, which brings together a broad range of organisations to collectively inspire people of all ages to develop skills.

The organisation’s aim is that by 2031, Plymouth will be a thriving, innovative international Ocean City with STEM opportunities driving the region’s growth and productivity.

Professor Kevin Jones, Executive Dean in the Faculty of Science and Engineering at the University of Plymouth and Chair of STEM Plymouth said:

“Plymouth is a growing city with schools, higher education, research activities and high-value, high-skill employment all committed to nurturing, keeping and attracting high tech talent. This sort of exhibition is a perfect opportunity to show how Science, Technology, Engineering and Maths can lead to something truly stellar.”

“This is fantastic news and an out-of-this-world opportunity to inspire and enthuse people of all ages. To get this far is an incredible achievement. We have just announced our plans for the future of education and inspiring our young people, particularly in the fields of Science, Technology, Engineering and Mathematics is a key tranche of this. It’s this sort of project that excites people, brings these subjects to life and will encourage young people to reach for the stars.”

Steve Cardrew, chair of the Employment and Skills Board, added:

“We have a skills shortage in this city and need more of our young people to get excited about these incredibly important subjects. Who knows what this exhibition could lead to?”

TR2 has been named as the main venue hosting the exhibition, but alternative venues include the University as well as Royal William Yard.

If successful, the exhibition would stay in Plymouth for around three months, with the opening ceremony being held in August 2018. The aim would be for the exhibition to be open to schools, colleges as well as other education institutions. It would also be open – and free – to the public. 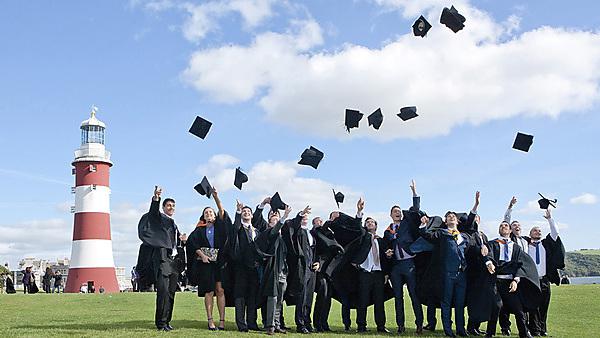