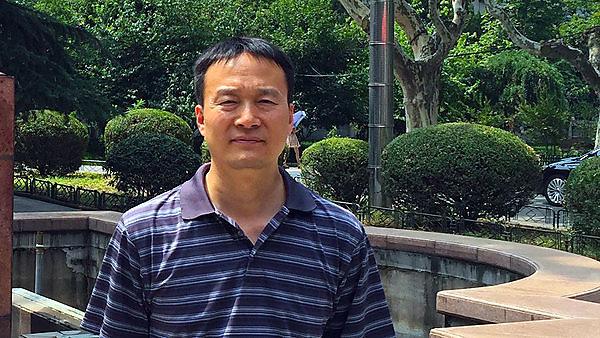 A team of researchers from Plymouth University has received funding from BRACE, a charity which supports research into Alzheimer’s disease, to investigate the effectiveness of a breath test as the means to achieve earlier diagnoses of the condition – even before the appearance of symptoms.

The pilot study is led by Dr Xinzhong Li, an expert in medical statistics and bioinformatics at Plymouth University Peninsula Schools of Medicine and Dentistry. It will work with the hypothesis that volatile organic compounds (VOCs) in exhaled breath could serve as biomarkers for a non-invasive means of diagnosing Alzheimer’s disease earlier.

One hundred recruits to the study, half with Alzheimer’s disease and the other half healthy control subjects, will work with the research team.

The long term goal of the study is to develop a cloud-based, non-invasive, cost-effective platform for monitoring breath patterns for the early signs of Alzheimer’s disease.

“We are extremely grateful to BRACE for this funding, which will help us run a pilot study which could, in time, lead to a ground-breaking method for diagnosing Alzheimer’s disease earlier. The condition affects more than 30 million people worldwide and the number of cases is expected to double every 20 years. We know that if Alzheimer’s disease is diagnosed at an early stage, even before patients display symptoms, more can be done to halt or slow the progression of the disease.”

"This is an intriguing and potentially ground-breaking proposal which could one day make a huge difference to diagnosis if proof of principle can be established. This is how BRACE often makes a difference - by funding pilot projects that might not otherwise receive funding but which can lead to promising discoveries and further research if they are given that chance.”