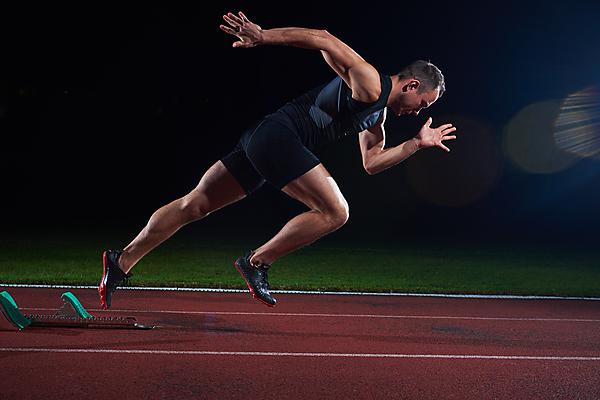 ‘Leaky gut’ is a condition where the thin mucosal barrier of the gut, which plays a role in absorbing nutrients and preventing large molecules and germs from the gut entering the blood stream, becomes less effective.

It is a particular problem for those taking part in heavy exercise or who are active in hot conditions. It can lead to ‘heat stroke’ (especially in military personnel deployed to countries with high temperatures) and gut symptoms in athletes.

A research team from Plymouth University Peninsula Schools of Medicine and Dentistry, the University of Kent, the University of Leicester and Aberystwyth University, have published a paper today, 29 June 2016, in the prestigious American Journal of Clinical Nutrition which claims that zinc carnosine (a health food product), taken alone or with bovine colostrum, may have value for athletes and prevent heat stroke in military personnel.

The team recruited eight volunteers who took part in a four-arm, double-blind placebo-controlled test. The volunteers were put into groups where each group received either the placebo, zinc carnosine, colostrum or zinc carnosine and colostrum for 14 days prior to standardised exercise taken two and 14 days after starting treatment. Among the changes that occurred in the athletes during heavy exercise was a two degree centigrade rise in body temperature, which may well have been a contributing factor in causing the increased leakiness of the gut.

The clinical trial went parallel to cell culture experiments to help understand the mechanisms behind how zinc carnosine and bovine colostrum worked.

The results showed that zinc carnosine improved the performance of the mucosal barrier of the gut, and that this improvement was enhanced when supplemented with bovine colostrum. Both are readily available from health food suppliers and the research team concluded that zinc carnosine taken alone or with bovine colostrum may have value for those affected by ‘leaky gut’.

One of the lead authors of the study was Professor Raymond Playford, a gastro-intestinal expert and Professor of Medicine from Plymouth University Peninsula Schools of Medicine and Dentistry.

“The distinction between food products and pharmaceutical drugs is often blurred. Our research group is interested in using naturally-derived products to enhance gut health. Our findings – that zinc carnosine and/or colostrum are helpful in preventing leaky gut associated with heavy exercise – are exciting and underpinned by a thorough clinical trial supported by cell culture experiments.”

“Not only has this application for athletic performance where gut symptoms can be problematic, it also has value for people exposed to high temperatures such as military personnel deployed to the Middle East. For athletes participating in this summer’s Olympic Games in Brazil our findings could be of immense help, given that they will be exercising at their peak in hot and humid conditions.”