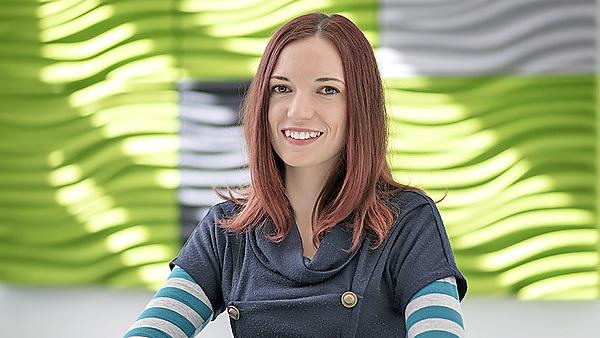 I started university as a chemistry student but soon realised that I preferred computer science to chemistry, and I was allowed to switch to the BSc (Hons) Computer Science with Foundation Year.

The foundation year was ideal for me because I had an academic background in science but had never studied computer science or IT before at all, not even at GCSE level. I found the year challenging and busy, and I needed to work hard to keep up, but the lecturers were encouraging and were willing to devote time to students who needed help.

In our software modules, we learned to use several languages, including JavaScript, C# and R.

“My favourite module was robotics because it involved a lot of practical experience building circuits in the laboratory.”

I’ve made some good friends and have started playing sports at the University. The students on the foundation year all got along really well with each other and I often helped my friends with maths, while they helped me with programming. A lot of the students were quite shy to start with and developed more confidence over the year. We’re all excited to start next year. Next year I aim to continue achieving high marks.

The first year at Plymouth counts for 10 per cent of our degree, which I like because it encourages us to work harder in our first year and not fall behind in subsequent years. I also hope to get fitter next year and learn to play squash. Most of my course mates want to be programmers after university, but I would like to work in higher or further education.

I would definitely recommend the BSc (Hons) Computer Science with Foundation Year at Plymouth to anyone who wants to build a career in IT and is prepared to work hard towards great achievements both academically and socially.