Based out of the University of Plymouth’s English and Creative Writing Department, Periplum aims to publish and promote a selectively slim sample of some of the best poetry being written today.

Our pamphlets, broadsides, and books are printed with care for design and include authors Heather Phillipson, Eiléan Ní Chuilleanáin, Mark Ford, and Peter Gizzi.

Watch our digital videos of interviews with some of our authors by Periplum Series Editor, Anthony Caleshu. 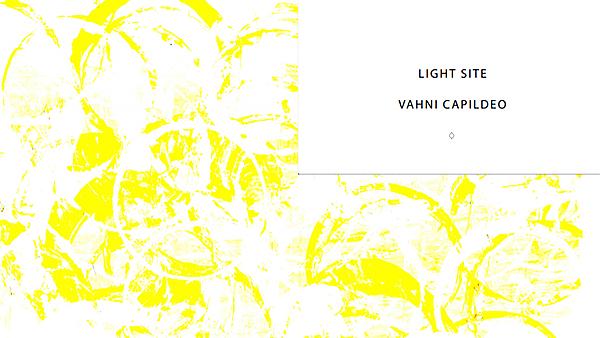 Vahni Capildeo’s pamphlet Light Site presents a variety of ‘expanded translations’, poems after Eugène Ionesco and Pierre de Ronsard, amongst others. Notes on the texts are published alongside the poems: ‘Pierre de Ronsard’s poems were among the most memorable and musical texts which I read silently and aloud, and which I heard recited by my mother, during my growing up in Port of Spain…’

Vahni Capildeo is Writer in Residence at the University of York and Contributing Editor at PN Review. Their books have won the Forward Prize and been shortlisted for the TS Eliot prize, amongst other awards and honours, and include Simple Complex Shapes (Shearsman 2015), Measures of Expatriation (Carcanet 2016), Venus as a Bear (Carcanet 2018), Skin Can Hold (Carcanet 2019), and Odyssey Calling (Sad Press, 2020).

David Herd: Songs from the Language of a Declaration

David Herd’s collections of poetry include All Just (Carcanet, 2012), Outwith (Bookthug 2012), Through (Carcanet, 2016), and Walk.Song (Equipage, 2018). His essays and poems have been widely published in magazines, journals and newspapers and his recent writings on the politics of human movement have appeared in From the European South, Los Angeles Review of Books, Paideuma, and the Times Literary Supplement. He is Professor of Modern Literature at the University of Kent and a co-organiser of the project Refugee Tales.

Purchase Songs from the Language of a Declaration by David Herd (£5.00) 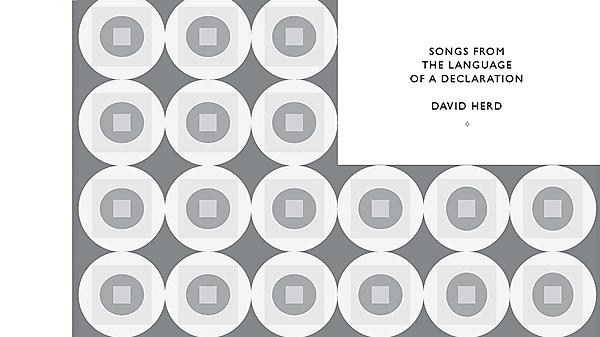 In conversation with David Herd

Listen to David Herd’s annotated reading of his poem 'Feedback' (from his book, Through), recorded on the occasion of his visit to the University for the conference, Contemporary Poetry: Thinking and Feeling, 2016.’ 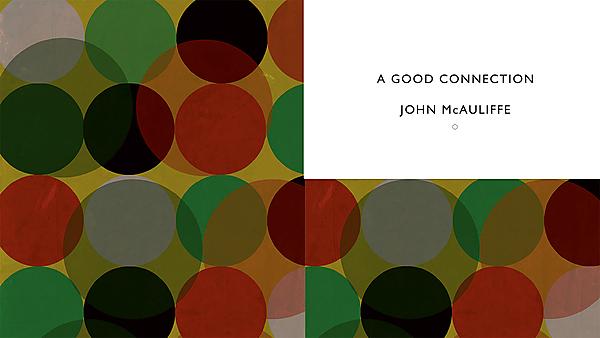 John McAuliffe is the author of A Better Life (2002), Next Door (2007), Of All Places (2011) and The Way In (2015) – all from Gallery Press. His versions of Bosnian poet Igor Klikovac, Stockholm Syndrome (Smith Doorstop) was a PBS Pamphlet Choice for Spring 2019. He is Professor of Creative Writing and Modern Literature at the University of Manchester, where he is the co-founder of the Centre for New Writing and co-editor of the literary journal, The Manchester Review. (Periplum Pamphlet published in August 2019)

Rae Armantrout is the lauded author of numerous books of poetry, for which she has won the Pulitzer Prize, National Book Critics Circle Award, and been a finalist for the National Book Award. This pamphlet collects 13 recent poems and marks the occasion of her reading at the Bodmin Moor Poetry Festival in May, 2019. 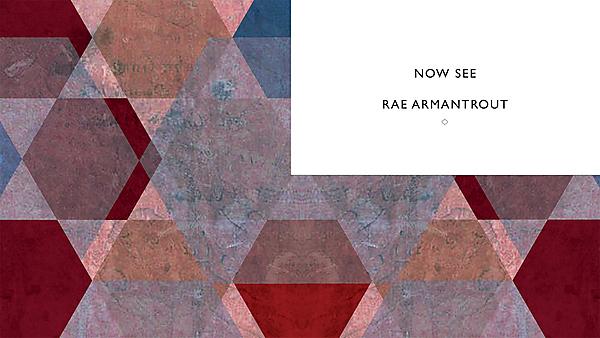 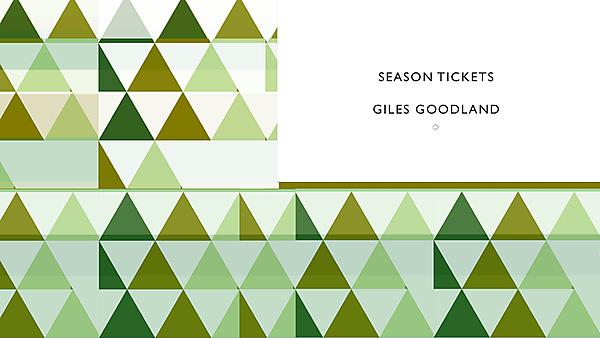 Giles Goodland’s Season Tickets is the winner of the 2018 Periplum Pamphlet Poetry Prize.
Giles Goodland has published several books of poetry including: A Spy in the House of Years(Leviathan, 2001), Capital(Salt, 2006), Dumb Messengers(Salt, 2012), and The Masses(Shearsman, 2018). He works in Oxford as a lexicographer, and lives in West London.
Take a train journey over 24 pages.

From the Preface to Eighteen Psalms:

These poems are not translations or versifications. They are conversations with, and hesitations about, these ancient texts: sometimes ‘imitations as unruly as | My sons’, as I complain in my unruly imitation of Psalm 80. In the spirit of Psalm 1, they are always transplantations.

Edward Clarke is the author of two books of criticism: The Vagabond Spirit of Poetry, and The Later Affluence of W.B. Yeats and Wallace Stevens. He is an editor of the web-zine Cassandra Voices. 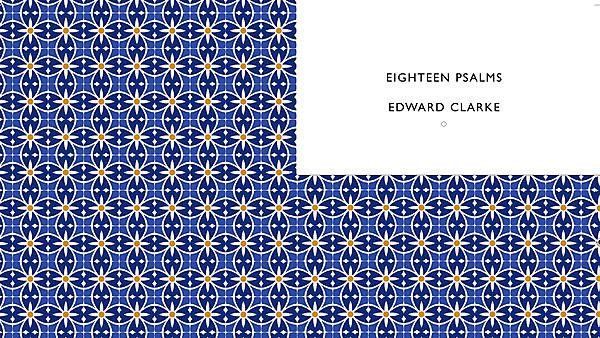 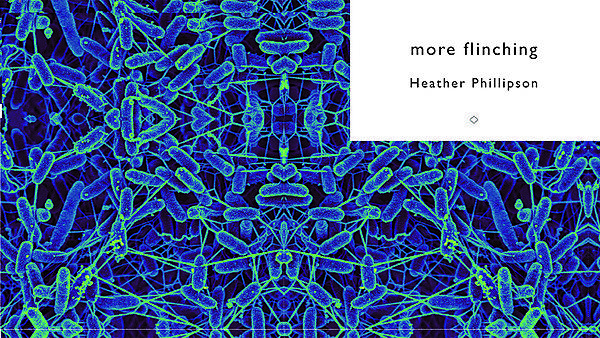 Heather Phillipson works across video, sculpture, drawing, music, text and live events. Forthcoming projects include the Fourth Plinth in Trafalgar Square in 2020, and significant solo shows at BALTIC Centre for Contemporary Art and Art on the Underground’s flagship site at Gloucester Road station in 2018. She was Artist in Residence at the Drawing Room London in 2017 and received the Film London Jarman Award 2016. Recent solo exhibitions include: Whitechapel Gallery London, Images Festival Toronto, Frieze Projects New York and the 32nd Sao Paolo Biennale (all 2016). Schirn Frankfurt, the 14th Istanbul Biennial, Performa New York, Sheffield Doc/Fest (with Serpentine Galleries), and Opening Times (otdac.org) (all 2015). Phillipson has published three collections of poetry: a pamphlet with Faber & Faber in 2009; NOT AN ESSAY (Penned in the Margins, 2012); and Instant-flex 718 (Bloodaxe, 2013), which was shortlisted for the 2013 Fenton Aldeburgh First Collection Prize and the Michael Murphy Memorial Prize. She was named a Next Generation Poet in 2014 and is a regular contributor to ArtReview magazine. 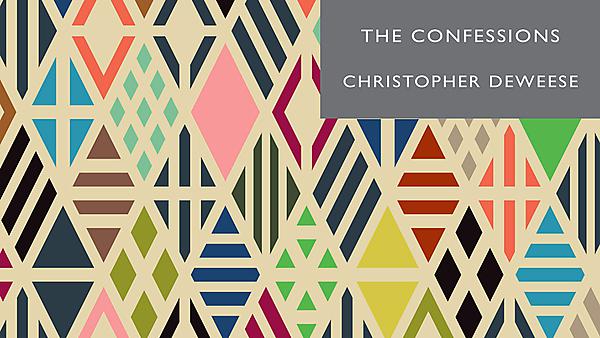 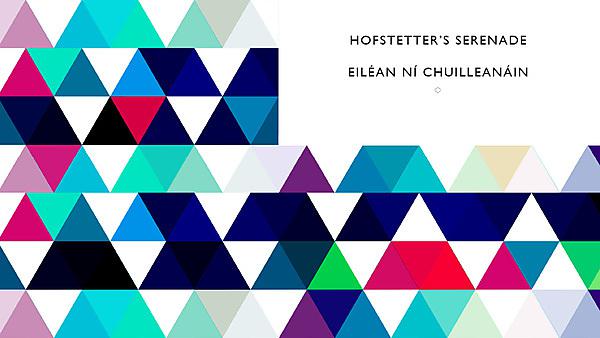 Periplum is delighted to announce publication of a new pamphlet, 'Hofstetter’s Serenade', by Eiléan Ní Chuilleanáin.

In 2016, Eiléan Ní Chuilleanáin was appointed to be the seventh Ireland Professor of Poetry. Born in Cork, she is the author of numerous poetry collections, including Acts and Monuments (1966), which won the Patrick Kavanagh Award; The Magdalene Sermon (1989); The Girl Who Married a Reindeer (2001); Selected Poems (2009); and The Sun-fish (2010), which won the International Griffin Poetry Prize.

Her most recent volume, The Boys of Bluehill (2015), was shortlisted for the Forward Prize for Best Collection. She translated two books by the Romanian poet Ileana Malancioiu, After the Raising of Lazarus (2005) and The Legend of the Walled-Up Wife (2012), as well as Nuala Ní Dhomhnaill’s The Water Horse (2001, co-translated with Medbh McGuckian). 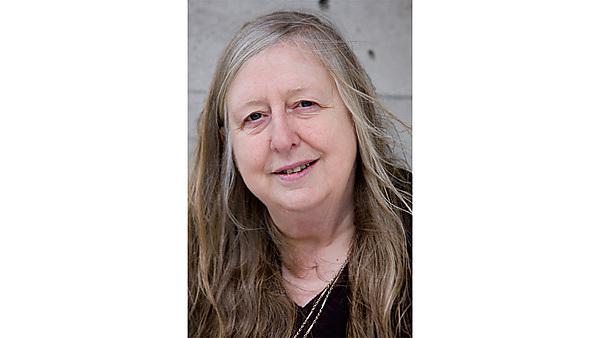 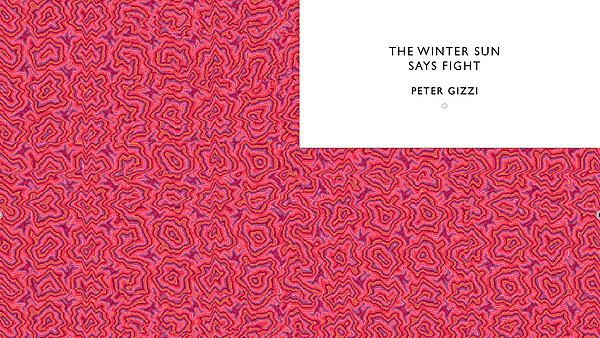 This pamphlet collects ten poems which have subsequently appeared in Gizzi’s book 'Archeophonics', which was shortlisted for a National Book Award in the USA.

An interview with Peter Gizzi 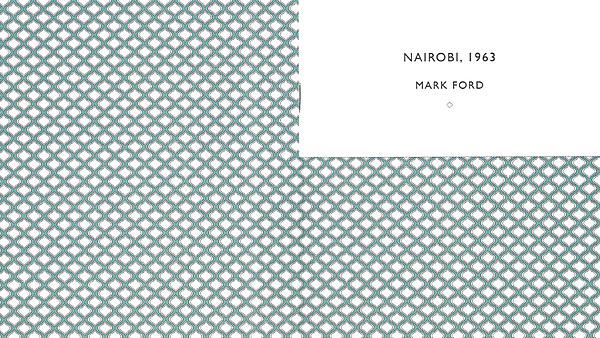 “Another wonderful book I’ve been returning to is Mark Ford’s Nairobi, 1963, a pamphlet published by the newly-formed Periplum Press based at the University of Plymouth…”

An interview with Mark Ford

On the occasion of his reading at the University of Plymouth and the publication of his Periplum pamphlet, Nairobi, 1963.