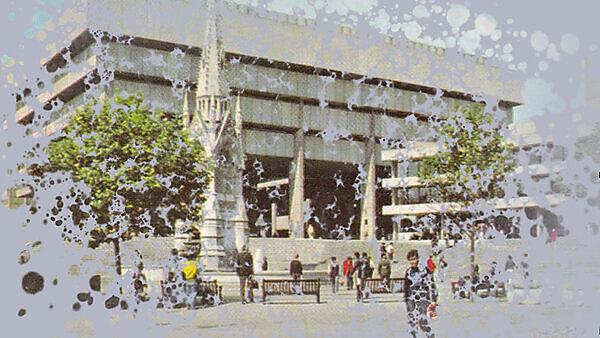 Session entitled 'Regeneration and Urban Heritage' with Emeritus Professor Jeremy Gould (30 mins talk) and film screening of Paradise Lost: History in the Unmaking by Andy Howlett which will include a Roundtable Q&A with all the speakers, chaired by Professor lgea Troiani. Troiani's 360 degree immersive documentary entitled 'Sustaining the Civic' made with Soundview Media of the Civic Centre will be screened for public viewing opposite RLB02.

Andy Howlett is a Birmingham-based artist and filmmaker interested in concrete, skateboarding, guerrilla heritage, urban exploration and expanded cinema. He's co-founder and committee member of the West Midlands based walking-art collective Walkspace and he hosts and curates community film events with Video Strolls and The Magic Cinema.

Jeremy Gould is Emeritus Professor of Architecture at the University of Plymouth and retired partner of Jeremy & Caroline Gould Architects. The practice won national design awards for new buildings and specialised in the conservation of historic buildings and the assessment of post-war architecture and planning with books on Plymouth (2011) and Coventry (2016) for Historic England. He is author of numerous articles on 20th century architecture, made documentary television films and served on CABE and regional design review panels.