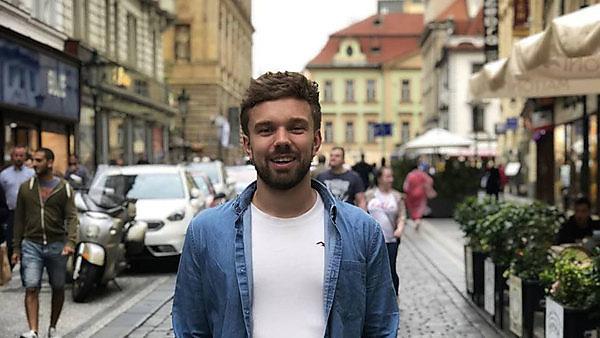 I applied for this role shortly after graduating and was fortunate enough to join Ørsted, the world's largest offshore wind farm developer, as an Environment and Consents Professional.

I'm in the Consents team for Hornsea Two Offshore Wind Farm (Hornsea Two), which when complete will be the largest offshore wind farm in the world! Hornsea Two is currently being constructed roughly 89km off the coast of Yorkshire and has been granted a Development Consent Order (DCO), which is basically a planning permission from the UK Government for for large-scale nationally significant infrastructure projects.

My role is to ensure we comply with the conditions set out within this DCO, as well as securing marine licences and approvals for additional offshore and onshore surveys, investigations and construction work that isn't covered under the overarching Consent. A vital part to this is maintaining good relationships with our regulators, stakeholders and the public to ensure impacts to the terrestrial and marine environment are considered, mitigated and managed responsibly.

The Consents role covers most aspects of Hornsea Two's construction, so I really enjoy having the opportunity to learn about new and exciting disciplines such as archaeology, cable route engineering, underwater noise, aviation, geology and so much more. Everyone is willing to help out or contribute some of their experience to ensure the team thrives and the project is delivered on time and within budget.

The marine environment is an exciting and dynamic area to be working in. The UK is the world-leader in offshore wind, with huge potential to continue expanding and contributing towards electricity sourced from renewables. It's a comparatively new industry in the maritime sector and the scale at which it's growing is unprecedented.

Just one of the Hornsea Two turbines will be capable of providing power for roughly 8,000 homes and we're aiming to install 165 of them, that's enough clean electricity for well over 1.3m UK homes! A diverse mix of renewable energy is key to a completely sustainable world so while I couldn’t recommend this field more, I would encourage exploring other renewable avenues too.

As part of seabed preparation for cable installation of any offshore wind farm development, the cable route must first be cleared. This entails carrying out a geophysical survey of the route, which is essentially an x-ray of the seafloor, which returns any potential objects of interest.

During World War 2, planes would often drop their 'cargo' into the North Sea to ensure they were light enough to make it home on low fuel. As such, these geophysical surveys often identify UXOs (Unexploded Ordnance). It is then the responsibility of the developer to detonate these bombs, to ensure the safe installation of the wind farm and continued use of the seabed for fishermen etc. A Marine Licence is required to detonate these UXOs, which the Consents team is responsible for pulling together and securing before any detonations take place. Besides being a fascinating scope to be working towards, the application has also given me the opportunity to understand the underwater noise impacts generated by these detonations on harbour porpoise, and contribute towards mitigating impacts such as these to ensure their important populations are maintained.

The move to Plymouth

I studied BSc Marine Biology at Swansea University as I've always been fascinated by the marine environment. During my time there, the Swansea Bay Tidal Lagoon was proposed, sparking my interest in the interface between the marine environment and renewable energy, leading to the inevitable MSc Marine Renewable Energy at the University of Plymouth.

I loved that I had the choice to take such a diverse range of modules, each offering their own range of skills and experience to be absorbed. The modules were well structured and a lot of the coursework set is proving familiar in the everyday challenges I find myself facing in my new role.

I first embarked on a project looking at the impacts of the three offshore wind farms in North Wales on coastal seabird populations, but due to sourcing data, changed halfway through the year. I was approached by my tutor Daniel Conley to look at something entirely different: Enhancing wave modelling techniques by modelling multiple wave energy absorbers as a single obstacle, eventually modelling the world's largest offshore wind farm (Hornsea Two!) to assess potential changes to nearshore wave dynamics. While the modelling itself wasn't related to my current role, it showed that I was able to take on a subject (modelling) entirely unfamiliar to me before the MSc course started. 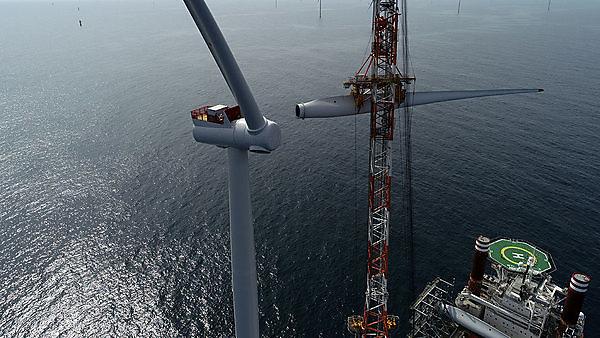 When complete, Hornsea 1 will have 174 turbines, each able to power a home for 29 hours with just one spin. Image credit: Ørsted

I believe renewable energy is important because it's currently our best solution to an impending energy and environmental crisis. Fossil fuels will run out and their combustion contributes vast amounts of CO2 to the atmosphere. We have the potential to harness the planet's natural forces and as humans I genuinely feel we have the responsibility to do so, if not for the rest of the life on the planet.

I believe everyone's role is making a difference to the world, but it's coming to terms with the fact that you may be a small cog (like myself) in a very large machine that's important. I'm fortunate enough to say that the machine I work in (Ørsted) genuinely has 'creating a world that runs entirely on green energy' as its vision and has a real potential to do so.