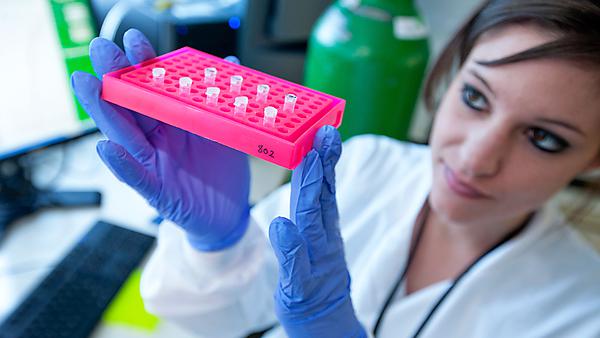 Professor Iris Benzie began her career at Law Hospital Carluke. She gained FIBMS in 1976, was appointed Senior MLSO, and then moved to Pilgrim Hospital, Boston. She completed a Higher Education Teaching Certificate while Senior MLSO at Torbay District Hospital, and in 1982 moved to Hong Kong to become Lecturer in Clinical Chemistry. She obtained her MPhil (Clinical and Pathological Science) from the Chinese University of Hong Kong a Diploma in the Practice of Higher Education from University of Surrey (both 1986), and PhD (Biomedical Science) from University of Ulster (1996), all by part-time study.

Professor Benzie won the University President’s Award for Excellence in Research and Scholarly Activities in 2007, the President’s Award for Excellence in Teaching in 2011, and has won consultancy prizes and international awards for innovation. Her research interests are in biomarkers of antioxidant status and oxidative stress. With Professor JJ Strain of University of Ulster she invented the now widely used ferric reducing/antioxidant power (FRAP) assay for total antioxidant capacity. Professor Benzie is a Member of the Research Grants Council of the Hong Kong University Grants Committee, she has published 140 journal articles and book chapters, and there are more than 10,000 citations to her work in the scientific literature.

As PVC of Employer and Economic Engagement, Mike is responsible for: Business and Economic Development, Development and Alumni Relations and Student Employability and Enterprise.

Mike graduated from Brunel University with a first class degree in mechanical engineering and a masters in engineering. During his early career, he held a variety of commercial roles including Managing Director of Parema and Chief Executive of Medilink East Midlands. He was subsequently appointed Executive Director for Business Services at the East Midlands Development Agency (EMDA). He led the strategy development for EMDA’s business, innovation and skills agendas and delivered the associated investment portfolios, working closely with the region’s universities.

Prior to joining NTU, Mike was Director of the Greater Birmingham and Solihull Local Enterprise Partnership (GBSLEP), where he oversaw the delivery of their strategic economic plan for the city region. Before that Mike was Director of Business Engagement and Innovation Services at the University of Nottingham, with responsibility for developing partnerships with business, delivering their knowledge exchange strategy and leading their research commercialisation activities.

Director of Education/Chair in Science Education, College of Science, University of Lincoln.

Mark is the Director of Education/Chair in Science Education within the College of Science at the University of Lincoln. He has a scientific research background in microbiology and stem cell biology. Mark’s educational practice has focused on the development of innovative approaches to learning and teaching including institutional wide initiatives on assessment and feedback, mobile learning and interdisciplinary art/science collaboration.

In 2015 Mark was the recipient of the Royal Society of Biology ‘Higher Education Bioscience Teacher of the Year’ in recognition of his contribution to bioscience education.

Dr Stephen Daly is a professional with more than 14 years’ experience in academia and industry. He earned his BSc Hons in Biology from NUI Maynooth and PhD from Dublin City University in the area of production of recombinant single chain Fv antibody fragments to aflatoxins and associated assay development.

Since then he has completed a Post-Doc in the area as well developing a successful career in the medical diagnostics industry, first working for OIympus Diagnostica as an R&D biochemist in Paris, and then in a number of leadership roles in Abbott Diagnostics, Sligo.

He joined IT Sligo in 2012 as an Assistant Lecturer in Biopharmaceutical Science. Dr Daly is responsible for coordinating and delivering a range of modules in the applied sciences both online and face to face including Medical Diagnostics, Pharmaceutical Legislation, Biovalidation, and Lean Six Sigma. He is a competent online lecturer embracing the technology and novel assessment strategies. He has also been a core member of the team who have developed three new online degrees in the Biomedical Sciences with Ulster University.

Dr Daly’s own research interests are in development of lateral flow immunoassays for kidney markers as well development of molecular diagnostics.
Download presentation

In 20015 he was awarded an OBE for services to biomedical science.

Chris Garcia was appointed as the Heart of the South West Local Enterprise Partnership’s Chief Executive in June 2013. Somerset based Chris has a background in both public and private sector leadership roles and an in depth knowledge of building economic development partnerships working with the public, private, education and voluntary sectors.
One of Chris’s first early senior roles was as a partner at KPMG, focusing on the private sector in the South West. He later ran his own successful family business, providing new technology and knowledge sharing support to both government departments and major technology firms.

Previously Chris also worked as the Director of Enterprise and Skills at the South West Regional Development Agency and for the Department of Culture Media and Sport (DCMS).

His senior management experience has included 13 years as a non- executive director of a significant charity – a leader in the field of developing people and management. Alongside this role Chris worked closely with voluntary organisations, establishing the Western Development Partnership, a major economic development partnership for the West of England. Within this role he worked closely with voluntary organisations and Local Government departments raising around £30m to overcome deprivation and social exclusion in inner city Bristol.

Chris is passionate about living in the South West and wants to ensure that Devon, Plymouth, Somerset and Torbay are equipped to work and succeed in a global economy, by driving economic growth and boosting jobs throughout the area.
Download presentation

Medical Advisor to the CSO, University of Hull.

Professor Shelley Heard was the Deputy Dean Director of the London Deanery, University of London for some 15 years, until December 2010. During this period she was seconded to the Department of Health to advise on the training of doctors and in 2007 became the Programme Director for the Chief Scientific Officer’s Modernising Scientific Careers programme, developing training and a career pathway for the healthcare science workforce.

Shelley trained as a medical microbiologist at St Bartholomew’s Hospital Medical School and was subsequently appointed there as senior lecturer/honorary consultant in medical microbiology and later as honorary professor at University College London. She was appointed as the first Chief Executive at the Homerton Hospital and served on the North London Strategic Health Authority for six years. She was an Independent Member on the Board of Health Education Northwest London and Chair of their Independent Assurance Committee for four years, until July 2016.

Shelley set up SRRRH Consultancy Ltd in 2011, which provides health and healthcare education consultancy. She is currently working on behalf of the CSO and the HCS Trailblazer Apprenticeship to develop the HCS Apprenticeship programme. Shelley is married to a retired actuary and has two children.

Vicky Jones is a senior policy adviser in the Research Policy team at HEFCE. The team covers a wide variety of areas from the annual allocation of £1.6 billion of research funding, to providing expert and robust advice to Government, higher education providers, and others with a stake in higher education.

Vicky is currently working on the development of a future REF exercise and was Deputy Manager for REF 2014, responsible for delivery of the submission system and working with the panels during the assessment phase.

Dr Sarah Parks is an Analyst at RAND Europe in the innovation, health and science policy team. She is particularly interested in research evaluation and scientific careers. At RAND Europe she has worked on a study looking at the characteristics of high-performing research units, analysed Researchfish data, carried out a range of projects using bibliometrics data including mapping the world mental health funding system, and worked on a study mapping the UK’s Dementia Research Landscape and Workforce Capacity. She has a PhD in Computational Biology from the University of Cambridge, and a BA in Mathematics. During her PhD she also spent three months at the Office for National Statistics looking at the use of open data to supplement or replace the census.

Jon started life in Hove, on the Sussex coast before venturing north to read biological sciences at Durham University where he stayed for his PhD, on sensory feedback in movement control. He then moved to Paris as a research fellow at the Collège de France before returning to Durham as a lecturer in zoology.

From Durham, Jon moved to a lectureship at Leicester, working on control of hand movements. During this time he became increasingly involved in developments in learning and teaching and became Director of Biological Studies before being appointed Academic Director of the College of Medicine, Biological Sciences & Psychology in 2009. In 2012 he was elected to a personal chair as Professor of Bioscience Education and in 2013 took up the role of Academic Registrar. In 2015, Jon was appointed Pro-Vice-Chancellor with responsibility for Student Experience.

Jon has led a number of projects on assessment and feedback, academic integrity, retention and the student experience which contributed to him being awarded a University Teaching Fellowship in 2006 and being named UK Bioscience Teacher of the Year in 2011. He was subsequently awarded a National Teaching Fellowship by the HEA in 2012 and also recognised as a Principal Fellow in 2013.

When not at his desk, Jon is a choral conductor and singer, and a not very successful grower of vegetables.

Professor Sneyd's research interests focus on drugs, pharmacology and pharmacokinetics with related projects based on signal processing. Having worked in the pharmaceutical industry he has a special interest in drug development, especially in intravenous anaesthesia. He now works as Dean of the Plymouth University Peninsula Schools of Medicine and Dentistry in Plymouth, UK and lead programmes in medicine and dentistry.

In anaesthesia he has engaged nationally through AAGBI (Council 2006-9, Vice-President 2009-11) and the Royal College of Anaesthetists, UK where he was Vice-President (2011-2012) and internationally with the European Society of Anaesthesiology, ESA as a Director. In each case he has tried to represent the interests of patients and clinicians with an emphasis on sound strategy and common sense.

Fabrizio Trifiro’ joined the QAA in 2009. He leads on the agency’s engagement with counterpart agencies overseas, undertakes reviews of TNE, and leads on the international student experience.

Fabrizio led the development of the Toolkit Cooperation in Cross-Border Higher Education: A Toolkit for Quality Assurance Agencies, as part of the international project supported by the European Union ‘Quality Assurance of Cross-Border Higher Education’ (QACHE); and has led the development of the QAA Guide to higher education providers Strengthening and Enhancing the Experience of International Students in the UK.

Linda is currently the Assistant Head of Department for Life Sciences at Glasgow Caledonian University with responsibility for leading Biomedical Science education and training. She has previous experience working in the NHS as a Clinical Scientist and has a large network of contacts in the NHS in Scotland and the Scottish Life Sciences’ sector. Linda recently completed a term of office as Chair of the NHS Education for Scotland Healthcare Science Advisory Board which gave her an insight to the challenges facing all branches of Healthcare Science and an opportunity to be involved at Scottish Government level in the strategic direction of Healthcare Science. She was a member of the Working Party for the revision of the QAA Benchmark Statement for Biomedical Sciences in 2015.