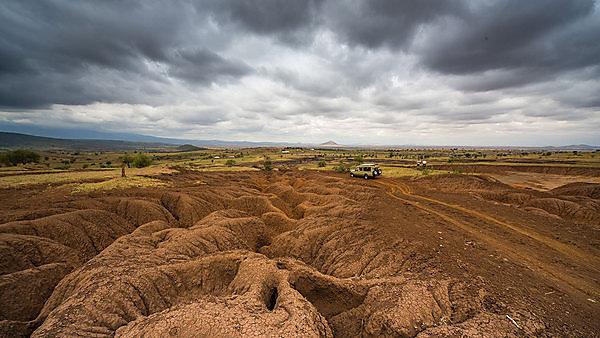 It’s called the Jali Ardhi project, which in Swahili translates to ‘care of the land’. It’s a fitting title for an international study that's evaluating the impact of soil erosion on the environmental and social wellbeing of people in East Africa.

Will Blake, Professor of Catchment Science, has been leading the project for the past two-and-a-half years, and in collaboration with Professor Patrick Ndakidemi, has drawn together a team of natural and social scientists from Plymouth, the Nelson Mandela African Institute of Science and Technology, University of Exeter and Schumacher College. Together, they have been pondering the socio-ecological forces at work and the complex drivers behind them in the Lake Manyara catchment, Northern Tanzania. And in doing so, they have worked with local stakeholders, including Maasai pastoralists, to explain how their land is being carved open by soil erosion, and engaging with them to seek solutions.

With funding from the Natural Environment Research Council, the Arts and Humanities Research Council and the Economic and Social Research Council, (through the UK government's Global Challenges Research Fund), as well as support from the University’s Sustainable Earth Institute, Jali Ardhi has been captured on camera by Devon photographer Carey Marks. Through Carey’s imagery, and Will’s words, we can begin to tell the story so far.

The East African Rift System landscape is naturally susceptible to erosion owing to its topography and delicate balance between vegetation cover and rainfall. But the integrity of the land is being affected by decisions that are being made by people. We chose Lake Manyara as the focus of research because it's a microcosm of the whole Rift Valley System. We’re using it as a natural socio-ecological laboratory. It’s a captivating landscape, including the soil erosion itself, but behind that there is the horror of people’s livelihoods being washed away. 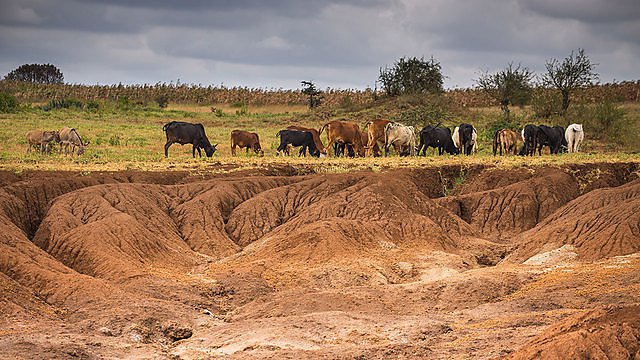 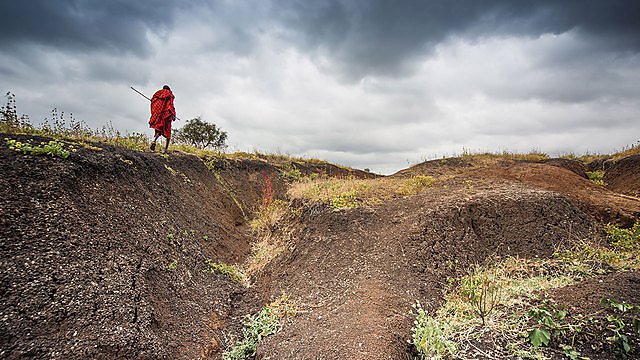 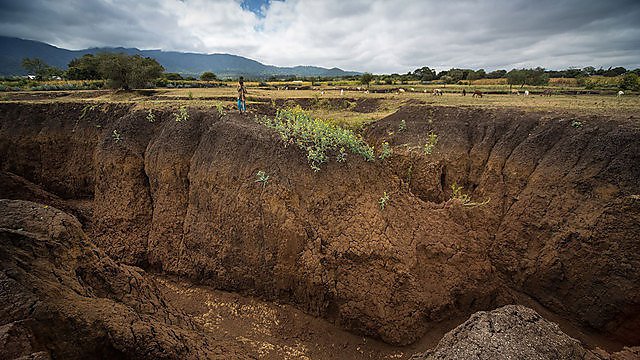 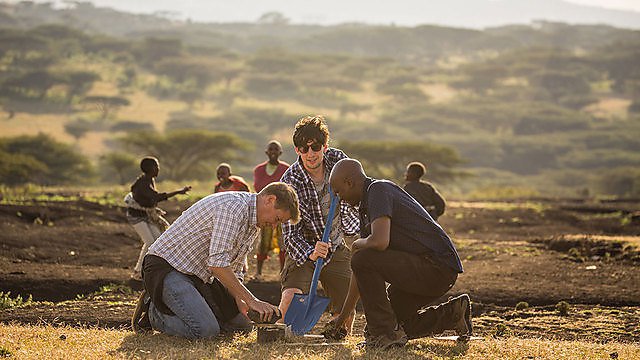 People might look at these photos and say that overgrazing is driving the erosion. But our interdisciplinary work has shown that overgrazing isn’t a cause; it’s a symptom itself of wider factors. The Maasai are in a transition period, from being pastoralists, roaming the landscape, to being more sedentary and village based. This means the impact of their cattle on the land is becoming more focused.

This change is partly down to cultural evolution, but it’s also being influenced by government policies, shifting land ownership as well as the land degradation itself. Trying to engage in traditional practices in an increasingly more confined area has a greater impact on the environment. This is arguably being made worse by climate change increasing landscape vulnerability – with reports suggesting droughts are becoming longer, and the rains more intense.

One of the key questions we asked was, ‘How and over what time period have these gullies formed?’. We have looked at this in three different ways. Firstly, we’ve been asking the people their views on what’s been happening and why, using socials science methods. And their view is that it has been getting a lot worse over the last 5-10 years, linked to the complex social-cultural changes stated.

From a natural science viewpoint, we’ve been looking for evidence of this change, and we can do this by surveying erosion risk and interrogating what we term the ‘sedimentary record’ downstream. During the erosion process, sediment washes down through the rivers and settles in swamps and lakes. This causes them to silt up layer-by-layer, forming a natural archive for us to study. We can drill down through the sediment – essentially drilling back through time – and then analyse its geochemistry to understand what erosion processes have taken place, and when.

Forensic analysis of sediment properties reveals that sometime around the 1980s, there was a shift in landscape processes; there was a large increase in surface erosion. When vegetation is removed – either through drought or grazing – water cannot be absorbed into the soil so easily, so it washes over the surface, removing the top few millimetres of surface soil. This soil is full of nutrients and seeds, and these all end up deposited in the lakes.

As the process continues, the flowing water gradually begins to cut into the land. It finds and forms pathways in natural depressions and along animal tracks, and over time these are eroded to become gullies, which connect together. This is registered as a geochemical change in the sediment record, as the gullies transfer soil from where it should be (the land) to where it shouldn’t (the lake). And when you look at past satellite images, you can see many gullies forming over the last 10-15 years. So we were able to triangulate the evidence bases: the anecdotal history, the sedimentary evidence, and the satellite evidence all tell the same story. 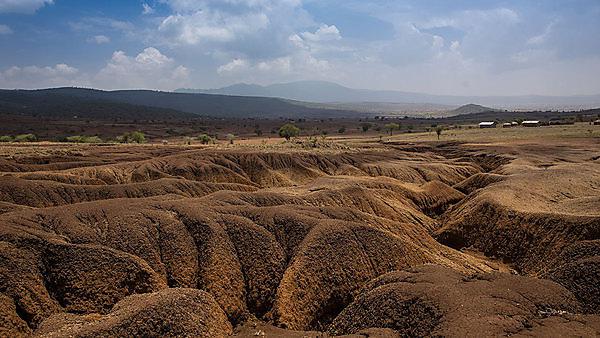 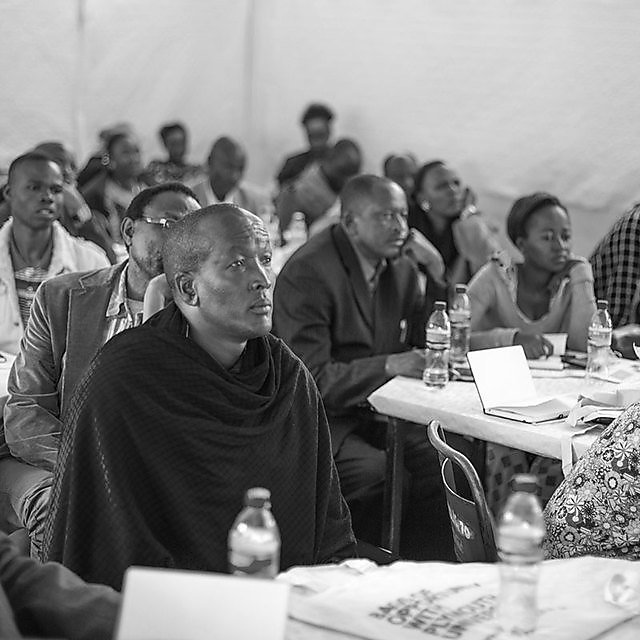 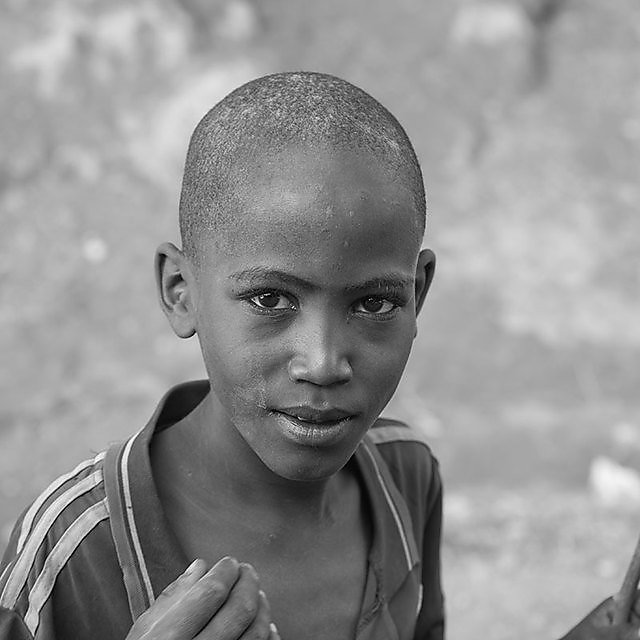 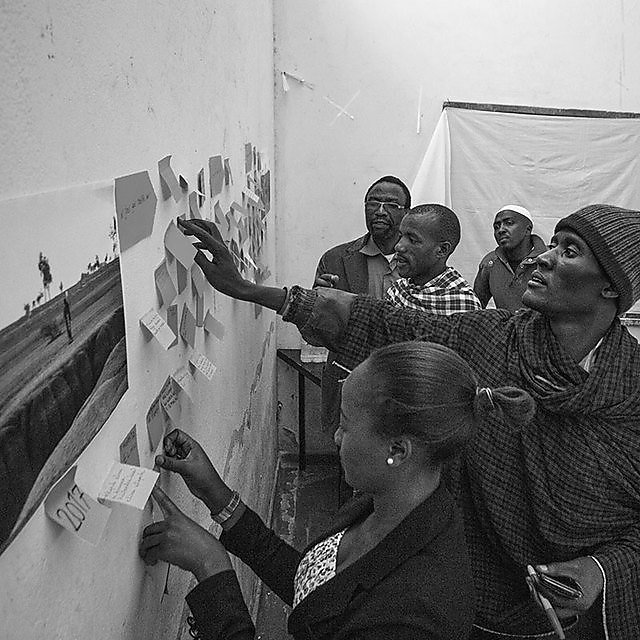 But how do you begin to address the issue when the drivers are so huge and beyond the control of the individual? This has been the focus of the second part of the project. This is where the social science really comes to the fore. If we can evaluate the evidence with local people in a way that they can relate to, it can catalyse change in behaviour. As one of our local collaborators said, “The solution to these problems is in the community – we can unlock it if people talk to one another”. Research evidence can help with that process.

Through workshops, we’ve been able to bring together local government, the villagers, the farmers, and the village leaders. Participation is essential to realise change. Researchers can’t just say, ‘This is what you must do’; we have to be collaborating with all of the stakeholders to co-design a solution that is acceptable to all.

We are employing participatory tools to engage people and distil the evidence bases from different disciplines. Co-designed solutions are more likely to be taken up than something proposed by one group. Everyone – from local government to village leaders – is part of the process.

Building on high levels of local engagement, we’re currently doing three things to support change. Firstly, we’ve set up demonstration recovery plots, where we are trialling different techniques to help the land recover, such as rotational resting, or planting new and different vegetation to raise awareness of livelihood diversification options. Secondly, we’re using infographics and an interactive participatory game as an engagement tool. And thirdly, we’re holding a workshop that will bring stakeholders back together to co-design new locally tailored policies for land management. If we can get to the point where co-designed by-laws are taken forward by the District Council, that would be a great outcome.

“I’m glad that you have come to ask important things that are concerned about environmental degradation in this community. I’m very happy about your coming in this village because other researchers do come and after getting done with their activities they go and forget us without coming back. So are you also same as them or there is a way that you are going to help us in saving our environment from soil erosion problems?” Farmer, Emaerete

The Jali Ardhi concept is developing a life of its own. There will always be a Jali Ardhi project; it’s just a question of how we keep it going. 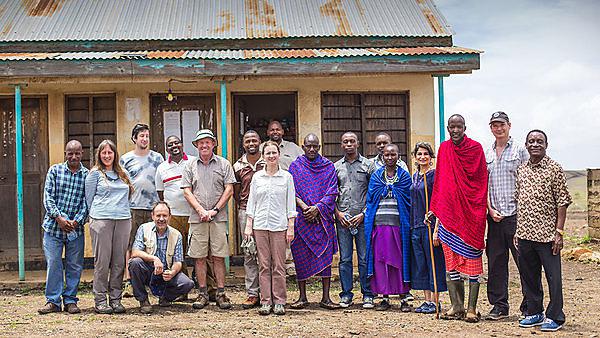 Through the photographer’s lens

Carey Marks is a graphic designer by trade, but over the past four years has supported international research projects through documentary photography.

“The landscape has been decimated by soil erosion and it's very disturbing indeed to see it literally being washed away,” Carey says. “Somehow the people are adapting to the situation. Their resilience is exemplary, but surely it can only be finite? Working with Professor Will Blake was enlightening because you get to see the scientific angle of it. The local stakeholders are certainly very keen to be engaged, and hopefully our workshops and the results of our findings will encourage new practices that might alleviate the situation.” 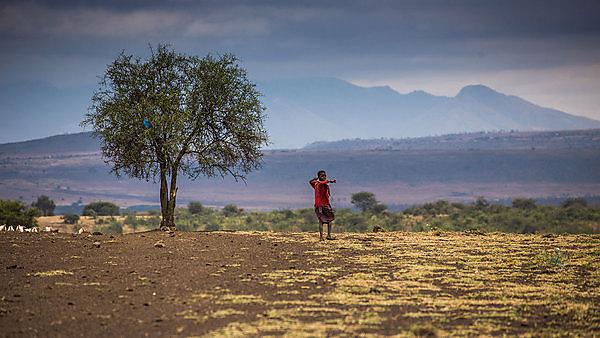