This year's lecturer is Kerry Brown, Professor of Chinese Studies and Director of the Lau China Institute at King's College London. He is currently working on a study of the Communist Party of China as a cultural movement and will be speaking on The Powers of Xi Jinping.

The lecture starts at 19:30 and you can attend in person or view the lecture remotely. Please email info@caradon-trust.org.uk for any queries.

Registration is essential if you wish to attend in person. Please visit The Lord Caradon Trust web page to register. Please note that there is no onsite parking so attendees are requested to use the public car parks in Drake Circus or Regent Street and walk across to the venue. That said, there are a limited number of disabled parking spaces available so please email the trust to request one.

The lecture will be broadcast on the University's YouTube channel or can be viewed at your leisure after the event. There is no need to register should you choose this option.

The safety of our audience is important to the University. We are delighted to welcome an in-person audience to this event in line with government guidelines regarding COVID-19. Hand sanitising stations are positioned throughout our venues and we recommend visitors use these frequently. The wearing of face masks is not mandatory for this event and will be at personal preference. Ventilation in our venue has been increased and it may feel cooler than usual so we advise visitors bring additional layers to ensure their comfort at this event.

If you feel unwell, develop any COVID-19 symptoms, have been advised to self-isolate or have tested positive for coronavirus please email info@caradon-trust.org.uk to cancel your registration.

Kerry Brown is Professor of Chinese Studies and Director of the Lau China Institute at King’s College, London.

From 2012 to 2015 he was Professor of Chinese Politics and Director of the China Studies Centre at the University of Sydney, Australia. Prior to this he worked at Chatham House from 2006-12, as Senior Fellow and then Head of the Asia Programme. Meanwhile, from 2011-14, he directed the Europe China Research and Advice Network (ECRAN), giving policy advice to the European External Action Service.

From 1998 to 2005 he worked at the British Foreign and Commonwealth Office, as First Secretary at the British Embassy in Beijing, and then as Head of the Indonesia, Philippine and East Timor Section. He lived in the Inner Mongolia region of China from 1994 to 1996.He has a Master of Arts from Cambridge University, a Postgraduate Diploma in Mandarin Chinese (Distinction) from Thames Valley University, London, and a PhD in Chinese politics and language from Leeds University.  He is the author of over ten books on modern Chinese politics, history and language, including: The New Emperors: Power and the Princelings in China (2014); What’s Wrong with Diplomacy: The Case of the UK and China (2015); Berkshire Dictionary of Chinese Biography (in Four Volumes, 2014-2015); China’s CEO: Xi Jinping (2016); China’s World: What Does China Want (2017). 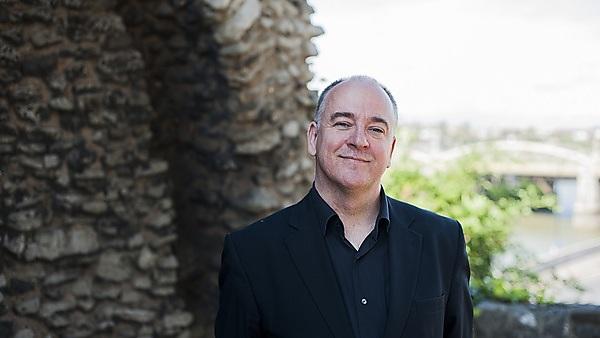 About The Lord Caradon Lectures Trust

The Lord Caradon Lectures Trust was established to commemorate the life and work of Hugh Mackintosh Foot, Lord Caradon (1907-90).

Today, the trust exists to recognise Lord Caradon’s long and devoted service to the ideals of the United Nations and his work for the UK’s contribution to those concepts. It aims to extend understanding of international affairs and tolerance of other ideologies, races and religions, primarily through the series of annual lectures. The lectures are always on a theme of international significance related to Lord Caradon’s life and work.

The trust depends entirely on public voluntary contributions and gratefully acknowledges the continuing assistance provided by the University of Plymouth and Plymouth Marjon University.

Further information can be found on the Trust's website.