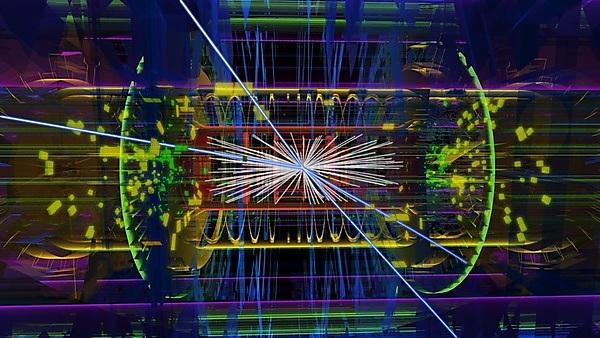 Save event
International Masterclasses in particle physics give secondary school students the opportunity to discover the world of quarks and leptons for themselves, by performing measurements on real data from CERN, to meet active particle physics researchers, and to link up with like-minded students from other countries.
Physics at the most fundamental level – the smallest and most basic building blocks of matter – is an exotic world. But after a few introductory talks and working with data from CERN, the students will have gained insight in the fundamental matter particles and the forces between them.

In the morning, the students will be introduced to particle physics, experiments and detectors in lectures given by active particle physics researchers. After having lunch with lecturers and tutors, they will work on their own with data from the Large Hadron Collider (LHC) at CERN. Afterwards they are invited to a video conference where they will discuss and compare their results with students of other countries and with the moderators at CERN.

We are inviting in years 11 to 13 students to join us at the University of Plymouth. The event is hosted by the Theoretical Particle Physics Group based within the Centre for Mathematical Sciences at the University.
Visit http://math-sciences.org/masterclass for more information and to register, or email Dr Vincent Drach (vincent.drach@plymouth.ac.uk) for further details.
Previous March 2023 Next