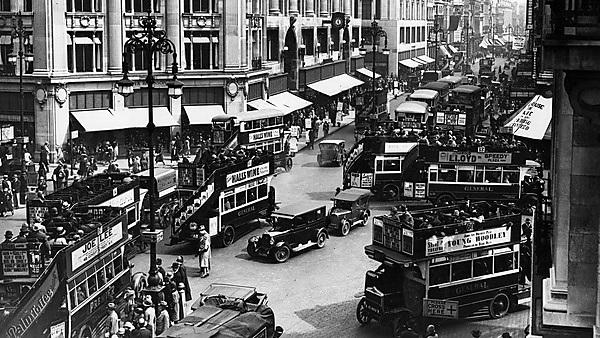 Inaugural professorial lecture by Pieter De Wilde, Professor in Building Performance Analysis, School of Architecture, Design and Environment on 10 May 2018.

Buildings are all around us, and are crucial to our daily life - they provide the space for living, working, shopping, relaxing and many other activities we undertake. Because of this, we often take them for granted. We have no problem to get a contractor to make major changes to our buildings, or to go to the local do-it-yourself store and intervene in buildings ourselves. Yet when studied closely, buildings are surprising complex. Most buildings are unique, bespoke products that provide a myriad of functions, are relevant to many different stakeholders, consist of a wide range of systems and technologies, have a long life span in comparison to other human-made objects and are often the subject of significant changes in the way they are used.

Building performance analysis is the domain within building science that studies how well a building and its systems provide the tasks and functions expected of that building. It covers a wide range of issues, such as energy efficiency, daylighting, thermal comfort, indoor air quality, occupant wellbeing and health. As modern society is strongly focused on performance and efficiency, there is an increasing interest in building performance. Yet there are still many gaps in our knowledge on the subject.

Spectres of War in the modern city: Post-War London, then and now

Inaugural professorial lecture by Angela Smith, Professor of Modern Literature from the School of Humanities and Performing Arts on 12 March 2018.

Hervey Russell, the main protagonist of Storm Jameson’s The Mirror In Darkness trilogy, moves to London in December 1918, one month after the Armistice, ‘inexperienced, poor, ambitious, burdened.’ What she finds and what absorbs and binds her over the next few years, is a city of contrasts, a ‘brightly-coloured web’ that could offer opportunities unprecedented in the pre-war world, or might ensnare her along with all the other survivors, struggling to rebuild their lives in the face of poverty and unemployment. Jameson writes from personal experience drawing pictures of a London that was her home. For Jameson, post-war London seems organically bound to Hervey, reflecting her own successes and traumas, against a backdrop of the immediate legacy of the war. Although Hervey determines to look ahead, the war lingers everywhere, in the scars of her friends, on the city streets and in political wrangling from the socialist press to the financial impact on industry.

Hervey’s London as drawn in Jameson’s trilogy, Company Parade (1934), Love in Winter (1935) and None Turn Back (1936) is a modern city. Spanning the period between the Armistice and the General Strike, Jameson uses representations of the city to explore the politics of the immediate post-war period, developing new narrative techniques to create a cityscape that is as infused with hope for the future as it is haunted by the spectres of the past.

Eighty years later, coinciding with the centenary of the outbreak of war, Anna Hope’s novel Wake, also deals with the landscapes of post-war London, focusing on a trio of different female protagonists as a mechanism for exploring the aftermath of the war in the city. Constructed around the internment of the Unknown Warrior, Wake uses hindsight and memory to expose undercurrents of grief now a century old. While Hope engages with many of the same issues as Jameson, the intervening decades place a different inflection on the cityscapes surrounding the women. In this lecture, Angela explored the different ways in which these novels develop representations of the modern city as a narrative device, using it to move from individual to collective memory, while retaining the complexity of Hervey’s London, a ‘brightly-coloured web’.

This lecture discussed the theories of threshold concepts and troublesome knowledge and their relevance to medical education, clinical practice and to us all, as teachers, researchers and/or learners.

Hilary also drew on her own career experiences and research findings to introduce and explore the eight troublesome and threshold concepts that, were she marooned on a desert island, she would most like to spend her time contemplating.

Spinning Plates: a tale of old oceans and colliding continents

First known illustration of how the Atlantic Ocean opened from a larger, single continental assemblage, by Antonio Snider-Pellegrini, 1858

In 2017, the Earth science community celebrated the 50th anniversary of the advent of the paradigm of plate tectonics.

In his inaugural lecture Mark reflected on 35 years as a geologist, growing-up in academia as this paradigm became central not only to the science of geology but also to the curriculum for general primary and secondary education in many countries, including the UK. The lecture was illustrated with examples of his own research from around the world, in which he examines deformation processes at plate boundaries. It is here where new plates are created and older plates are either reworked during plate collisions or else recycled into the deep mantle of the Earth.

Mark considered fundamental processes of rock deformation in the Earth, from micro- to macroscopic, along with their commercial applications. Considering himself as an honorary Devonian, despite having conducted most of his research in areas outside the South West, he paid special attention to the Devonian Period of Earth history, the globally-defined period of geological time, approximately 420-360 million years ago, to which the county lends its name.

The Future of Primary Care: Person Centred and Sustainable

The NHS has modernised - and yet it is struggling to provide high quality care for those most in need.

In this lecture, Richard used illustrations from the Community and Primary Care Research Group’s work and his own clinical practice to describe how general practice and community-based services could radically adapt - philosophically, clinically and organisationally - to improve the experience and outcomes of patients.

The lecture was chaired by Professor Rob Sneyd, Dean of the Faculty of Medicine and Dentistry.