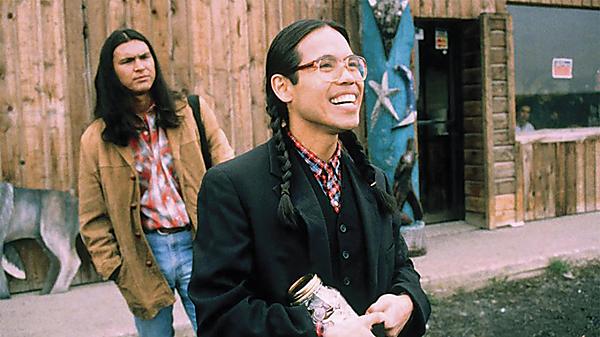 Some Call It Home tickets

Native American directors are a rarity in Hollywood. After the early silent film pioneers James Young Deer and Edwin Carewe, the portrayal of Native Americans in cinema turned dark and stereotypical. These social trends started changing with motion pictures like the groundbreaking Smoke Signals, generally considered to be the first feature film written, directed and produced by Native Americans. Director Chris Eyre uses the relaxed road-movie concept to create a funny and unpretentious look at Native Americans in the nation’s cinema and culture.

The mostly Native American cast features Adam Beach and Evan Adams as the two road warriors who find themselves on an adventure. Beneath the highly entertaining façade, the film acquainted non-Native American audiences with real insights into the indigenous Americans’ culture.

This film has been programmed to complement the performance of Some Call It Home.

Some Call It Home

The Arts Institute, in association with Theatre Royal Plymouth, presents Some Call It Home. Join us for this provocative multi-media music drama that brings to the stage conflicting perspectives of our uneasy relationship with the land – our home, our planet.

"This combination of spectacular music, extraordinary video, and compelling performances is unique. It promises to be an unforgettable evening that is intense, thoughtful, beautiful, and uplifting." Robert Taub

2020 will commemorate the 400th anniversary of the Mayflower's pioneering voyage to America.

This is an associated event as part of the Mayflower 400 celebrations.