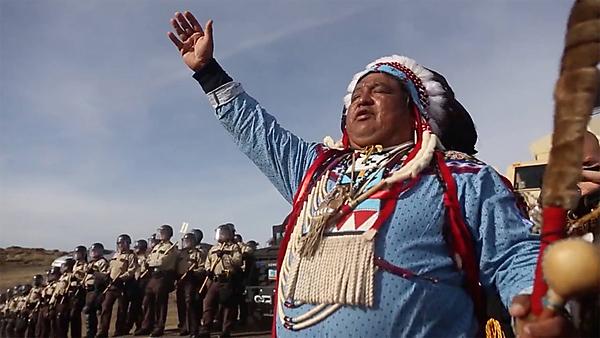 Some Call It Home tickets

Moving from summer 2016, when demonstrations over the Dakota Access Pipeline's demolishing of sacred Native burial grounds began, to the current and disheartening pipeline status, AWAKE, A Dream from Standing Rock is a powerful visual poem in three parts that uncovers complex hidden truths with simplicity. The film is a collaboration between indigenous filmmakers: Director Myron Dewey and Executive Producer Doug Good Feather; and environmental Oscar-nominated filmmakers Josh Fox and James Spione.

The Water Protectors at Standing Rock captured world attention through their peaceful resistance. The film documents the story of Native-led defiance that has forever changed the fight for clean water, our environment and the future of our planet.

This film has been programmed to complement the performance of Some Call It Home.

Some Call It Home

The Arts Institute, in association with Theatre Royal Plymouth, presents Some Call It Home. Join us for this provocative multi-media music drama that brings to the stage conflicting perspectives of our uneasy relationship with the land – our home, our planet.

"This combination of spectacular music, extraordinary video, and compelling performances is unique. It promises to be an unforgettable evening that is intense, thoughtful, beautiful, and uplifting." Robert Taub

2020 will commemorate the 400th anniversary of the Mayflower's pioneering voyage to America.

This is an associated event as part of the Mayflower 400 celebrations.