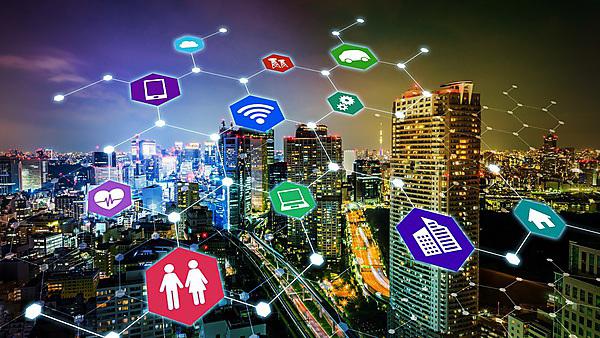 Please join us for an informal conversation with researchers from the Faculty of Arts, Humanities and Business.

This two-hour session will focus on exploring different types of knowledge exchange and public engagement techniques with non-academic partners to co-produce research findings, data and outputs leading to impact.

Professor James Daybell, Dr Darren Aoki, Jason Lowther, and Dr Sana Murrani will present on their work in this area and participate in a panel discussion with Grace Williams and Dr Louise Rutt.

There will be an opportunity for follow on discussions after the event and refreshments will be provided.

Please RSVP to bryony.harvey@plymouth.ac.uk by no later than 1 May.

His research interests include the trans-Pacific history of the Japanese diaspora, and a methodological specialisation in oral history and digital storytelling. The Nikkei Memory Capture Project (NMCP) is a long-term community-based oral history project exploring the history of Japanese Canadians in Alberta, Canada between the 1950s and 2000s. Launched in 2017 by Dr Darren J Aoki (University of Plymouth) and Professor Carly Adams (University of Lethbridge), it was awarded a Social Science and Humanities Research Council of Canada Insight Grant (2019-24).

Central to its research and intergenerational knowledge exchange programme are close collaborative partnerships with key ethnic associations, the Galt Museum and Archives, and the Nikka Yuko Japanese Canadian Centennial Garden, a premier cultural, horticultural and tourist asset of the City of Lethbridge.

Collaborative memory capture and the NMCP’s imperative to return the stories are the focus of Dr Aoki’s impact case study and ‘Exploring Impact’ presentation.

James is Professor of Early Modern British History, and Fellow of the Royal Historical Society.

He has produced more than eight books including Tudor Women Letter-Writers (Oxford University Press, 2006; paperback 2018), Women and Politics in Early Modern England (2004), The Material Letter (2012), Gender and Political Culture (2016) and Cultures of Correspondence (2016), and written more than 35 articles and essays on topics ranging from Renaissance letter-writing, Elizabethan politics, and secret codes, to the family, archives and the cultural history of gloves.

James is Director of the AHRC-funded project ‘Gender, Power and Materiality in Early Modern Europe, 1500-1800’ in collaboration with the Victoria and Albert Museum, and Director of the British Academy/Leverhulme-funded ‘Women’s Early Modern Letters Online’ in collaboration with the University of Oxford and the Bodleian Library.

He is also series editor of two book series: Material Readings of Early Modern Culture and Gendering the Medieval and Early Modern Worlds.

Alongside this he runs the hugely popular ‘Histories of the Unexpected’ show with TV presenter and historian Dr Sam Willis. This includes podcasts, theatre performances, schools workshops, a magazine and book series.

Jason Lowther is an Associate Professor of Law in the School of Society and Culture at the University of Plymouth.

Jason holds editorial positions with two academic journals: the Journal of Environmental Law and Management and the Environmental Law Review; and was recently appointed to the UK’s Joint Nautical Archaeology Policy Committee. The research that formed the basis of the impact case study was undertaken in conjunction with Historic England, government departments (FCO and DCMS), third sector organisations and another university. It was themed on the legal protection and conservation of underwater cultural heritage in the UK and its overseas territories. It was manifested through a series of distinct projects, some funded and others undertaken pro-bono as a means of network building and were of assistance in creating both the impact and the academic underpinning for the REF case study.

Dr Sana Murrani, Associate Professor in Spatial Practice, is an experimental architect focused on the imaginative negotiations of spatial practices and social justice.

She is the co-founder of the Justice and Imagination in Global Displacement research collective and the founder of the Displacement Studies Research Network that collaborate with displaced and marginalised communities and inform policy and practice.

Sana’s impact case study is titled: Creative multimodal participatory action research and co-design approaches to spatial justice: examining responses to war, conflict and displacement through memory-work. People who are subjected to traumatic events where they had to adopt different ways of dwelling and navigating their world and environment, tend to become more spatially aware and cognitively spatially intelligent. Sana is interested in learning how people at times of war, conflict and displacement improvised spaces (world making) in their environment for protection and how these lessons could aid new ways of thinking for the humanitarian fields of architecture and design (societal). The impact case study is built around three (possibly four) funded projects that attracted media attention (regional and local radio channels, local TV channel, international web news channels); a number of peer-reviewed papers; and a monograph (contracted by Bloomsbury to be published in 2024).