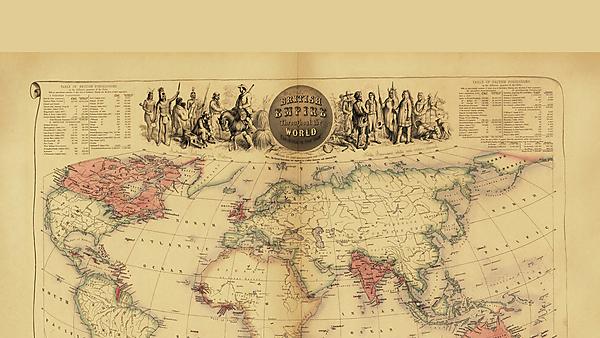 Sathnam Sanghera was born in Wolverhampton to parents who immigrated from the Punjab.

As an adult, working as a journalist, he began to ask how the experience of empire has influenced modern British society, and why he didn’t learn about the British Empire at school.

In his brilliantly illuminating new book Sanghera demonstrates how so much of what we consider to be modern Britain is actually rooted in our imperial past. In prose that is, at once, both clear-eyed and full of acerbic wit, Sanghera shows how our past is everywhere: from how we live to how we think, from the foundation of the NHS to the nature of our racism, from our distrust of intellectuals in public life to the exceptionalism that imbued the campaign for Brexit and the government's early response to the COVID crisis. And yet empire is a subject, weirdly hidden from view.

The British Empire ran for centuries and covered vast swathes of the world. It is, as Sanghera reveals, fundamental to understanding Britain. However, even among those who celebrate the empire there seems to be a desire not to look at it too closely - not to include the subject in our school history books, not to emphasise it too much in our favourite museums.

At a time of great division, when we are arguing about what it means to be British, Sanghera's book urges us to address this bewildering contradiction. For, it is only by stepping back and seeing where we really come from, that we can begin to understand who we are, and what unites us.

'This remarkable book shines the brightest of lights into some of the darkest and most misunderstood corners of our shared history' - James O'Brien.

Join Global Book Club Plymouth to discuss this insightful account of the lasting effects of empire. The online meeting is open to all - join using the Zoom link: https://us06web.zoom.us/j/83537396490 (passcode 178505) or email s.kay@blueyonder.co.uk for any queries.

An initiative of Devon Development Education, Global Book Club Plymouth is supported by the University of Plymouth.