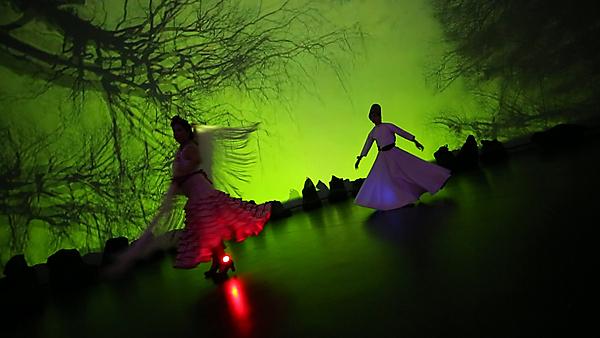 This is a story about landscape, earth, love and life that encompasses music, imagery and physical movement.

Experience a performance across time and cultures – one that merges spiritual and artistic tradition with original dance technology.

The Sema ceremony, performed by dervishes of the Mevlevi Sufi Order, blurs the lines between dance and meditation while symbolically expressing the formation of the universe and humanity’s transference of love and respect to God. This ritual turning practice dates to the 13th century and Muhammed Celaleddin, better known as ‘Mevlana’.

El duende is the expression of the soul for a flamenco dancer – a flame that is provoked when in a state of ecstatic movement. Duende is not a tangible concept but one that is felt throughout the body and conveyed through passionate and striking movements.

Digital Dervish + Flamenco Sonic is a story about a dervish who awakens from a dream to birds and the sounds of nature; he begins to meditate and perform his Sema. He becomes enveloped in a storm of chaos as he whirls wildly and then collapses, where he becomes dormant again. A flamenco dancer notices and begins to move in similar patterns, attempting to awaken him. They exchange their sounds and movements until they become intertwined in whirling. The movements and gestures specific to these dance traditions are highlighted and augmented with an original wearable device called a Sound Drop.

The Sound Drop is a small device that is attached to the body via a strap on the wrist or ankle. It is designed to track certain movements from the performer to which sounds and LED lights are mapped. The dancer uses the device as an extension of the body – a musical instrument that can provide layers to the separate pre-recorded music composition. 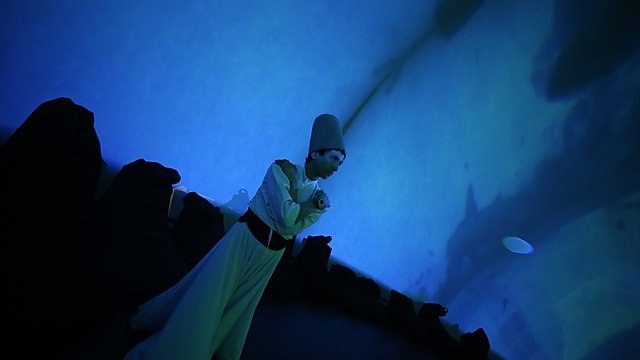 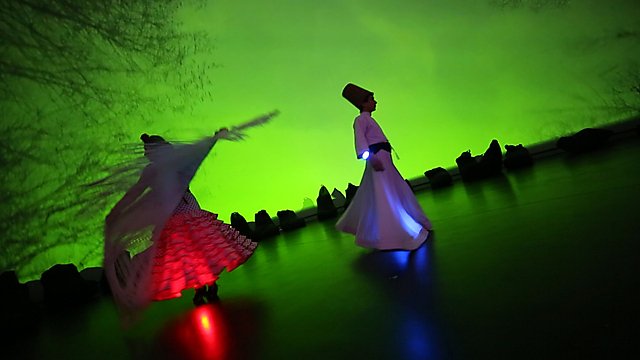 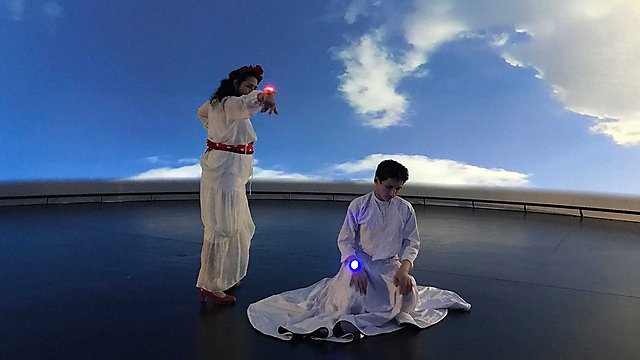