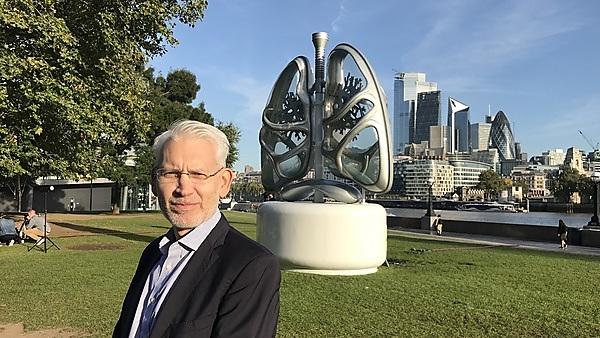 In this Sustainable Earth Institute public talk, Michael will be discussing where the energy sector’s responsibilities lie in responding to the climate emergency.

This event is free to attend but registration is required via the above link. Contact sei@plymouth.ac.uk for queries.

Michael joined E.ON UK as Chief Executive Officer (CEO) in 2017, having worked in the energy industry for over 25 years. Having joined Powergen in 1993, Michael originally worked in technical and environmental roles before moving into corporate strategy and development. Following E.ON’s acquisition of Powergen in 2002, he moved to E.ON’s headquarters in Düsseldorf as Vice President Corporate Development. In 2007 he was appointed Managing Director for Europe on the Board of E.ON Climate and Renewables before becoming Chief Operating Officer in 2012 where he was responsible for global wind power development, construction and operations. Michael became CEO of E.ON Climate and Renewables in 2015.

Michael is a Chartered Engineer (CEng) and a Fellow of the Institution of Mechanical Engineers (FIMechE).