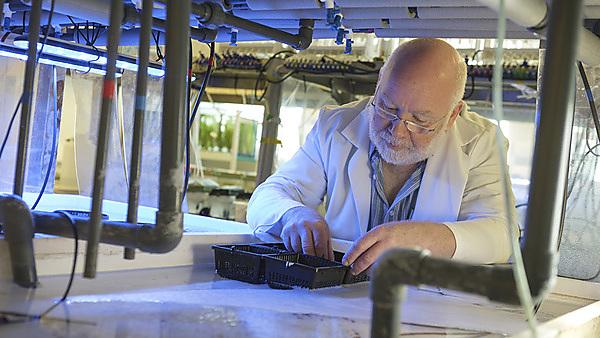 Professor of Marine Zoology John Spicer has published a new book highlighting the grave challenges facing global biodiversity and the actions which need to be taken to preserve it. Writing in 'Biodiversity: A Beginner’s Guide', Professor Spicer describes biodiversity as “the variety of life – in all its manifestations”. However, he says all of that life is under considerable threat from factors ranging from population explosions and habitat destruction, to climate change and mass extinctions.

Published by Oneworld, 'Biodiversity: A Beginner’s Guide' is a revised and updated edition of a book written by Professor Spicer and released in 2006. One of the few introductory books on the subject aimed at the general reader, it now includes a new section on the Anthropocene and its impact, and is thoroughly updated with research carried out in the 15 years since the original was published.

You are invited to this event where Professor Spicer will be joining us to discuss this revised and updated edition of his book and to answer questions.

"A stimulating, authoritative and deeply rewarding read that makes you think about the natural world in a novel way." Dr Djoghlaf, former executive secretary of the UN Convention on Biological Diversity.

"This is science for the general reader at its very best - clear, committed, fascinating and laser-focused on the crisis we face." Randal Keynes, great-great-great grandson of Charles Darwin and author of 'Creation: The True Story of Charles Darwin'.

This event is open to all - just join using the Zoom link: https://plymouth.zoom.us/j/93372459150 or email Alan Ramage (menzalan@blueyonder.co.uk) for any queries.

Plymouth Green and Science Book Club is supported by the: