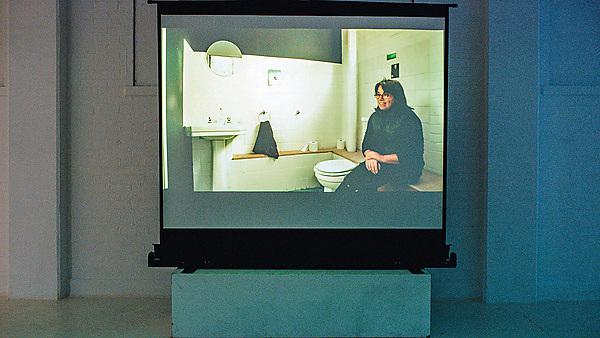 This talk will discuss a collaborative film project called Cinaesthesia and a short film made for the project by Allister Gall and his family, called Home Cinema.

Facilitated by IMPERFECT CINEMA (2010-ongoing), a social-participatory film, sound and moving image collective Allister co-founded with Dan Paolantonio, Cinaesthesia was screened at what was once the Gaumont Cinema (The Millennium building) on the 21 October 2018.

The event was the closing party for The Atlantic Project, an international contemporary art festival.

At this event, Allister will first discuss how he developed a historical context for Cinaesthesia by researching the sites of seven cinemas that once operated on Union Street in Plymouth.

This historical research was shared during an open access workshop, generating seven responses that together make up the film. Allister will then discuss his own film contribution to the project, Home Cinema.

The film problematises the question of ‘where, what and why cinema now?’, celebrating the local and every day, and reflecting on the impotence of the camera to express the temporality of experience and the imperfection of capturing the ephemeral.

Who is Allister Gall?

Allister Gall is an artist, filmmaker and lecturer in Film and TV Production and Media Arts at the University of Plymouth. His main research interests are in the ways filmmaking can integrate co-productive methodologies into a practice. He is the co-founder of IMPERFECT CINEMA (2010-ongoing), a social-participatory film, sound and moving image collective.

Allister’s work has featured at the Supersonic Festival, the All About the River Festival, Walk on Film, One Plus One Film Journal, Lift Off Film Festival, NECS, Peckham24 at the South Kiosk Gallery, KISMIF, i.Docs, Visible Evidence, Avanca Cinema, NECS, Sightlines: Filmmaking in the Academy and Situated Cinemas.

How does cinema facilitate or obfuscate our observation and perception of reality? Answers to these questions, Raul argues, hold the key to a deeper understanding of the relationship between filmmaking and well-being.

Through a personal, hands-on examination of the aesthetic of Actualities - the minute long, single non-moving shot films that dominated early cinema - Raul's research demonstrates that engaging in this often overlooked film form can lead us to state of equanimity.

Moreover, Raul proposes that modern filmmaking aesthetic and practices, by contrast, continually subvert our ability to attain a state of well-being.

Who is Raul Barcelona?

Raul Barcelona is a filmmaker, artist and educator based in New York City whose work has been exhibited in film festivals around the world, including the Sundance and Berlin International Film Festivals.

Previously a professor of Electronic and Media Arts at the University of Cincinnati and Marist College, he teaches animation, photography, web design, graphic design and filmmaking to people of all ages at One River School of Art and Design. He also teaches filmmaking, animation, photography and design to teens and young adults with autism spectrum disorders.

He is currently pursuing a Practice as Research PhD at the University of Plymouth titled Film Here Now, which explores the practice of filmmaking and its relation to well-being.

We offer a focused creative media course in which you produce both factual and fictional content.