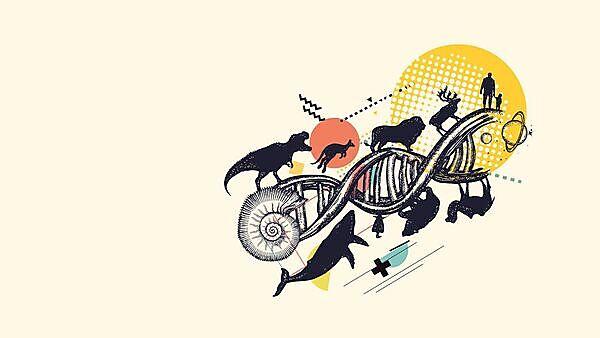 The speed of life: a deep-time perspective

Why is evolution seemingly a story of fits and starts, of long periods of stability interrupted by rapid changes? What allows some species to survive and quickly exploit new opportunities, while others are consigned to the fossil record? Why do some groups diversify into thousands of species, while others potter along at small numbers for millions of years? Why do the same forms evolve over and over again in different groups, at different times, and in different places, while many hypothetical forms have never evolved at all?  Why, in essence, has life on Earth evolved the way that is has?

Using data from thousands of extinct and living vertebrate species representing hundreds of millions of years of evolutionary history, we are beginning to understand the most critical factors directing the trajectory and tempo of evolution. Professor Goswami will discuss their recent work using cutting-edge 3D imaging tools to capture the anatomy of a diverse range of organisms (frogs, salamanders, mammals and dinosaurs) in unprecedented detail, and using it to reconstruct how these lineages have evolved through deep time and why they have had such different evolutionary outcomes. Converging towards similar physical forms is common within many major taxonomic classes (e.g. the Mammalia [mammals], the Aves [birds]) but is rarely found between classes, suggesting that there are deeply-rooted developmental constraints on anatomical evolution. Evolutionary paths are, in many ways, as diverse as life itself, but commonalities abound in how species respond to changes in their world, with characteristics such as social behaviour, herbivory and metamorphosis seeming to speed up the pace of evolution, although the fossil record also demonstrates that there are few rules and even fewer winners in a global biodiversity collapse, and that with every great change comes great unpredictability.
Previous March 2023 Next
Professor Anjali Goswami is Research Leader in Palaeobiology and Dean of Postgraduate Education at the Natural History Museum, London and Honorary Professor of Palaeobiology at University College London. She is the President of the Linnean Society of London, the first person of colour elected to this role in its 235-year history.
She completed a joint BSc with High Honours in Geological and Biological Sciences from the University of Michigan and a PhD in Evolutionary Biology from the University of Chicago, then moved to the UK to take up a United States National Science Foundation Research Fellowship at the Natural History Museum. She then spent ten years in academic posts at the University of Cambridge and then University College London before returning to the museum in 2017.
Her expertise is in vertebrate evolution and development, particularly using high-resolution 3D images of specimens to quantify and reconstruct the evolution of biodiversity and understand how development, ecology and large-scale environmental effects have shaped animal evolution through deep time. She has published more than 130 scientific papers on the evolution of different groups from insects to dinosaurs, but her main interest is in the evolution of mammals. She has searched for fossils all over the world, from Svalbard to Madagascar, and currently leads expeditions in Argentina and India.
Anjali also created and manages www.phenome10k.org, a free online database for 3D biological images for use in research and education. 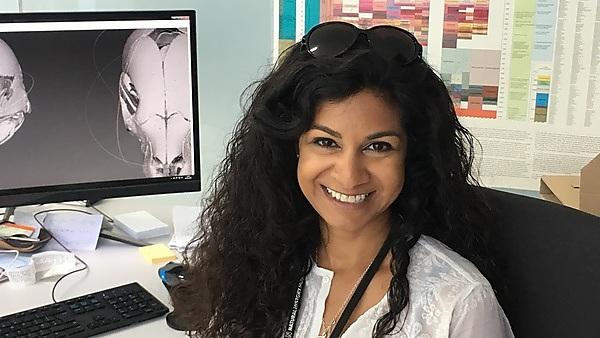 The Annual Plymouth Linnean Lecture series has run since 2014 at the University of Plymouth jointly with the Linnean Society of London and serves as a free event for the general public to engage with topics in natural history, evolution, ecology, biodiversity and its loss and management.
The event is free and open to all, but registration is required as these events are often very popular and can become over-subscribed. The lecture itself will run from 18:00 to 19:00 and is followed by a drinks reception and an opportunity to engage with the speaker informally. Doors will open from around 17:45.