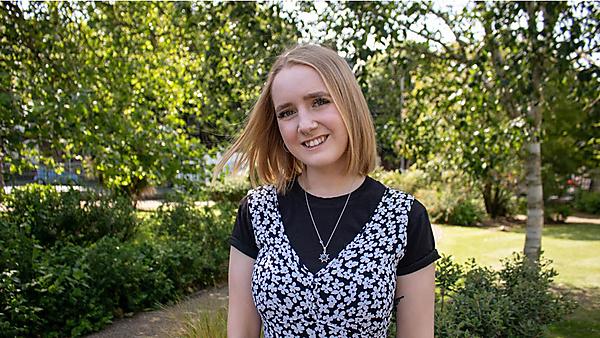 Tilda Fraser is the President of the University of Plymouth Student’s Union (UPSU). Before being elected as President, she served as Vice-President Welfare and Diversity last year, focusing her efforts on student mental health and LGBTQ+ representation. She has always been passionate about representation and sustainability, which led her to run for her roles at the Students Union. Her ambitions as President include improving democracy within the SU, and removing single-use plastic from UPSU and campus.

Originally from Oxford, Tilda has lived in Plymouth now for five years. She completed her BSc (Hons) Psychology at Plymouth and stayed on to do a masters, which focused specifically on clinical psychology. She is working towards completing a doctorate in clinical psychology in the future. During her time here as a student she was the Vice-Chair of the Student Minds Society, which championed student mental health on campus and nationally. Tilda continues to volunteer with Student Minds as the Deputy-Editor of their blog.