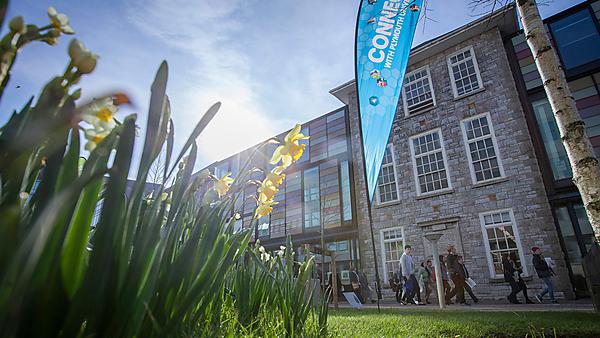 Emi Dowse is the President of the University of Plymouth Students' Union (UPSU). Emi was elected into the role of President by the student body. Emi's focuses this year is to empower students and increase engagement within student representation. She aims to do this by creating an officer communication strategy and accessible resources about the University's key policies.

In her role, Emi also chairs UPSU's Board of trustees, and this year she will be involved in updating UPSU's strategy.

Previously Emi was the Vice President Education. During her time as Vice President, she worked closely with the University on their covid response, particularly in the re-implementation of the safety net. Emi also focussed her efforts on revising the extenuating policy, improving digital accessibility and improving students’ wellbeing.

Emi graduated from the School of Biological and Marine Sciences in 2020 with a degree in Animal Behaviour and Welfare.

In her first year at University, Emi was a course rep, and she worked with academics to get her school accredited with the Royal Society of Biology. Emi was also heavily involved in Raise and Give (RAG) throughout her studies, fundraising over £5000 for her chosen charities. In her final year, she was the President of RAG, which saw her organising large fundraising events on campus and leading over 100 student fundraisers in raising £100,000 for charity.

Emi was inspired to run for Sabbatical Officer to create positive change within the University, and she hopes that her position on the Board will enable her to do so.