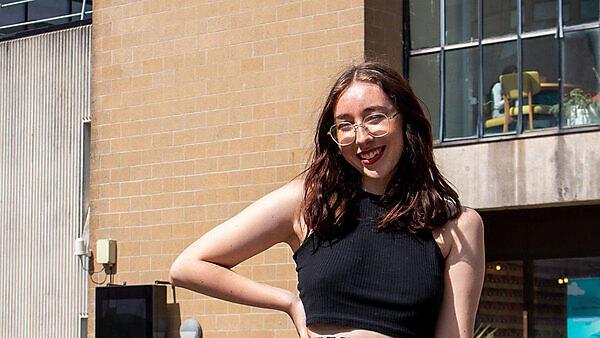 Daniella was elected SU President in March 2022 and will serve her term as a Sabbatical Officer from July 2022- July 2023. There are four Sabbatical Officers elected annually to lead the Students' Union and work full-time on the behalf of students on various issues across all areas of student life. As SU President she represents students of the University of Plymouth, including students at University of Plymouth Partner Colleges, within UPSU, the University, locally and nationally. She attends the necessary University meetings to represent and act in the best interests of students as well as sitting on the Board of Governors.
Additionally in her role as SU President, Daniella works with the UPSU staff to ensure the provision of events and campaigns as directed by student need; works passionately towards engaging all staff, students, and where applicable the University, in all aspects of UPSU democratic processes, representational
structures and campaigns, as appropriate; and acts as a Trustee of UPSU and as such ensures that the UPSU fulfils the needs of students whilst functioning efficiently as a charity. The SU President leads the Sabbatical Officer team and leads on external communication, being the first point of contact for public and
media queries.
Outside of her role as SU President, Daniella grew up in Plymouth caring for her mother whilst completing education, working part-time and actively volunteering across the Southwest. She previously worked as a Bar manager and Event manager in and around Plymouth, most notably working at Three Steps Forward, raising thousands of pounds for various charities through live music events with local artists. She frequently works on projects with NCS, NSPCC, and local community centres. Additionally, she acts as Chair of National Friends of Rotary Youth, as well as LGBT+ Officer for her local Labour Party. She has previously stood as a council candidate for the city, coming short by just 11 votes. Previously, she has volunteered as a Girl Guide Unit leader and as Social Media coordinator for Devon and Cornwall Police.
Daniella was appointed to the Board in July 2022.