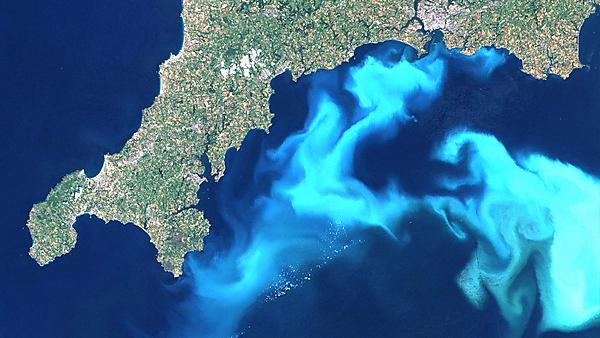 To apply please use the online application form. Simply search for PhD Environmental Sciences, then clearly state that you are applying for a PhD studentship and name the project at the top of your personal statement.

Before applying, please ensure you have read the Doctoral College’s general information on applying for a research degree.
For more information on the admissions process please contact doctoralcollege@plymouth.ac.uk.

Applications are invited for a three-year PhD studentship. The studentship will start 1 October 2021

Nitrogen is essential for marine ecosystems. However, human disruption of the nitrogen cycle has led to increased accumulation of nitrogen in soil, water and air. This has adversely affected human health, biodiversity and the marine environment.

Organic nitrogen (e.g. amino acids) accounts for a significant fraction of the aquatic nitrogen pool but its role is poorly understood, mainly due to its complexity. The occurrence of harmful algal blooms (HABs) has increased globally and is often attributed to elevated nitrogen levels in the water; some HABs have been directly linked to organic nitrogen inputs and seasonal abundance. This highlights the urgency in understanding its role in marine systems so that the effects of climate change on nutrient levels can be mitigated. This project will achieve a more holistic understanding of the importance of organic nitrogen to algal productivity and potential contribution to environmental degradation and reduced biodiversity.

Working from the hypothesis that algal species able to use organic nitrogen gain an advantage over competitors, the project will progress from testing the ability of marine algal species to grow on organic nitrogen through to identifying which species thrive in competition. As part of an experienced team from the University of Plymouth and Plymouth Marine Laboratory, you will be working at the exciting interface of analytical science and marine biology, developing skills in liquid chromatography and algal culturing with the opportunity for fieldwork in the Western Channel Observatory, a key part of the UK’s infrastructure for understanding the health of our marine ecosystems.

Applicants should have a first or upper second class honours degree in an appropriate subject and preferably a relevant masters qualification.

The studentship is supported for three years and includes full home tuition fees plus a stipend of £15,609 per annum (2021/22 rate). The studentship will only fully fund those applicants who are eligible for Home fees with relevant qualifications. Applicants normally required to cover international fees will have to cover the difference between the home and the international tuition fee rates (approximately £12,697 per annum).

Please see a list of supporting documents to upload with your application.

For more information on the admissions process contact doctoralcollege@plymouth.ac.uk.

The closing date for applications is 12 noon on 26 May 2021. Shortlisted candidates will be invited for interview in early June. We regret that we may not be able to respond to all applications. Applicants who have not received an offer of a place by 9 June should consider their application has been unsuccessful on this occasion.