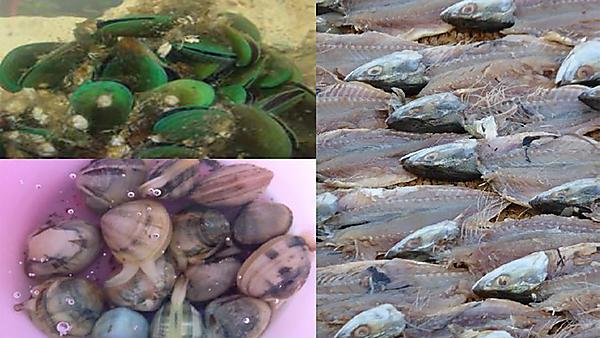 For any generic questions on ARIES, studentships and selection processes, prospective applicants should contact Professor Dave Bilton for projects in School of Biological and Marine Sciences and Professor Gregory Price for School of Geography, Earth and Environmental Sciences.

To apply please use the online application form, simply search for PhD Marine Science and clearly state that you are applying for an ARIES PhD studentship and name the project SOBMS-1022-S1-P6 (ARIES, Turner), at the top of your personal statement.

Whilst you can apply for up to three ARIES projects, you must submit a separate application for each.

Take a look at the Doctoral College information on applying for a research degree.

Capture fisheries and aquaculture based seafood production is increasing to feed the world’s growing population, particularly in the global south. At the same time harmful algal blooms (HABs) are increasing in prevalence and severity worldwide in response to both climatic and non-climatic drivers. These HABs can have devastating impacts as the toxins produced by these algal species are bioaccumulated through the food chain. Eventually they may be ingested by humans, causing gastrointestinal and neurological symptoms, ultimately resulting in disablement and/or death. Consequently, in many developed countries there are rigorous food safety testing procedures in place for the commercial production of shellfish, e.g. bivalves, with chemical methods, such as HPLC-MS, now considered the ‘gold standard’. However, in many developing countries seafood-algal toxin testing is non-existent or tied to whole animal mouse bioassay methods which have associated accuracy and ethical implications.

The aim of this studentship is to develop a reliable and quick marine invertebrate model for seafood-algal toxicity testing that can be adopted for use in less-developed and developing countries, removing the need for expensive, complicated analytical equipment and the increasingly ethically questionable mouse bioassay.

Based at the University of Plymouth, and in collaboration with the Marine Biological Association (MBA), and the Food Safety Group at the Weymouth Centre for Environment, Fisheries and Aquaculture Science (CEFAS) in the UK, the student will receive training in behavioural, ecophysiological, molecular, and analytical techniques. They will be used to correlate and quantify i) the response, and, ii) the intraspecific reproducibility of the response of the invertebrate model chosen to exposure to known concentrations of toxic algae. To further ensure inter- and intraspecific reproducibility, and relevance to developing countries, especially those bordering the Indian Ocean the student will also spend time at Nitte University in Mangaluru, Karnataka, south-west India testing the methodology developed in a local Indian Ocean distributed amphipod species.

Applicants should have a degree in an appropriate subject. A willingness to travel internationally is essential.

This project has been shortlisted for funding by the ARIES NERC DTP and will start on 1 October 2022.

ARIES is committed to equality, diversity, widening participation and inclusion. Academic qualifications are considered alongside non-academic experience. Our recruitment process considers potential with the same weighting as past experience.