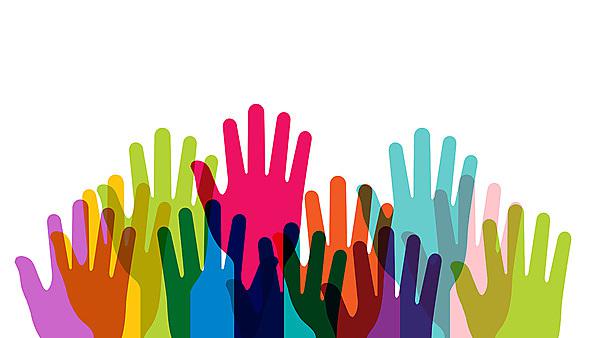 If you have a question regarding your results you are not alone. In order to help you get the answer you need when you need them, we've compiled a list of our most frequently asked questions and answered them below.

If you can't find the answers you need or you are still unsure in any way please do contact your faculty office/partner institution.

What is the pass mark for an undergraduate module?

For students undertaking an extended referral in a 17/18 module

The pass mark for a module is normally 40 per cent. Where a module involves more than one element, a student is also normally required to achieve a minimum of 30 per cent in each element.

For students on all modules from 18/19 onwards

The pass mark for a module is 40 per cent with no minimum requirement for the element.*

*Some modules are part of an accredited programme and may have different requirements. For non-standard pass marks refer to your Student Programme Handbook, published on your programme DLE site.

I have passed but I think I could do much better. Can I have an opportunity to improve the mark?

No, modules that have been achieved cannot be retaken.

Can I appeal against the mark I have been given?

You cannot ‘dispute’ a mark which has been awarded. There are mechanisms in place to ensure quality and standards of marking, involving both internal and external academics.

What you can do is ask for feedback as to why the mark you have been awarded is not what you were expecting – hopefully once the feedback sheets have been released this will answer any queries you have, but if not, you are welcome to ask for additional feedback.

What is a compensated pass?

In certain circumstances we allow your overall performance to compensate (CP) for non-achievement in a maximum of 20 credits per stage. To be eligible for compensation the following criteria must be met:

NB pass/fail only modules cannot be compensated. Some professionally accredited programmes may not allow compensation.

I have a compensated pass in a module but think I can do much better. Can I have an opportunity to improve the mark?

Final year students who have been awarded a compensated pass will be offered a referral as a next attempt in any element with a mark below 40% (subject to the maximum number of attempts at a module). The module mark will be capped at the pass mark but students on a classification border may wish to consider this option. You should take into consideration that marks can go down as well as up and it is the referred mark that will be used. Students eligible for a referral in a compensated module will be notified individually.

Pre-final year students who have been awarded a compensated pass will not be allowed to undertake reassessment, unless they have valid extenuating circumstances covering non-attendance or non-submission of an assessment. If you would like to be reassessed, please contact your faculty by the appeal deadline.

I have failed some modules but have not been allowed to undertake reassessment and have been advised that I must withdraw from the programme. Why can’t I have another attempt?

In some cases where students have been warned about poor engagement with the programme and there is a record of a lack of attendance, the Award Assessment Board may decide that it is not in your best interests to continue with your studies.

My transcript indicates I have been referred in one or more modules and I don’t understand what the module decision code means?

A three-letter code beginning with R next to one or more elements is a referral code which means you must complete further assessment in that element for the corresponding module. An element is coursework, examination, practice, in-class test or pass/fail assessment.

The other two letters indicate whether the referral is as a same S or next N attempt, and how the element will be reassessed (A: specified assessment, C: coursework, E: examination, P: practice, T: in-class test).

I have a lot of referred coursework to do over the summer as well as referred exams. Do I have to complete all the referred work during the summer?

If you have up to 60 credits not achieved, you will have been offered the opportunity to redeem these modules normally over the summer. If you do not feel academically able to complete the referred work during the summer referral period you can request a repeat of the modules not achieved during the next academic year.

This would involve you returning to the same stage in September and taking only the modules not achieved next year in their entirety. You should take into consideration the financial implications of this decision as you will be charged a tuition fee for each module you repeat. If you would like to repeat all your non-achieved modules instead of taking them during the summer referred period, please contact your faculty by the deadline given with your transcript of results.

Please be aware that you will not be allowed to take a combination of referral and repeat.

What happens if I do not achieve any of the modules I have been referred in?

Any modules not achieved during the referred period will normally be required to be taken as repeat modules during the next academic year.

From 2018/19 academic year all new stage 1 students will only be allowed a maximum of two attempts at a module (some foundation level modules and modules that are part of a professionally accredited programme may already only allow two attempts). If you do not achieve a module at the final attempt, you will not be able to continue on your current programme of study.

Students in stage 2 and 4 and repeating stage 1 students will retain a maximum of three attempts at a module.

What mark will I receive for the referred assessment I am taking?

You will receive the actual mark for any element taken for a second or third time but the overall module mark will be capped at the pass mark which is normally 40 per cent.

Please be aware that marks for referred assessments may be lower than previous attempts. In all circumstances the new marks must stand.

I have valid extenuating circumstances for missing an assessment, but have not been asked to undertake reassessment.

If you have passed (or have a compensated pass), we do not require you to undertake reassessment.

If you have valid extenuating circumstances covering non-attendance or non-submission of an assessment, and would like to be reassessed, please contact your faculty by the appeal deadline.

I have been told I may not proceed to the next stage and must repeat the failed modules next year. Why can’t I retake these during the Summer?

The maximum number of credits a student can be referred in during the summer is 60 credits. If you fail more than 60 credits you are required to repeat the failed modules the following academic year.

My transcript indicates I have failed one or more modules and will have to repeat them next academic year. I don’t understand what the module decision code means?

A three-letter code beginning with F next to one or more modules indicates that you must repeat the module. The other two letters indicate whether the attempt is as a same S or next N attempt, and what needs to be repeated (O: all elements S: specified elements).

In most cases you will be required to repeat all elements even if previously passed.

I am a final year honours degree student and would like to know how my classification was arrived at.

To be awarded an honours degree you should have passed 360 credits of which at least 120 are at level 5 and a further 120 at level 6 or above.

If your aggregate percentage mark falls within the boundaries below, you will be entitled to that award:

NB  Students on a non-standard degree such as an MUndergraduate degree should consult with their Programme Manager for details of the classification formula.

I have been awarded an ordinary degree, however there is no indication of the classification.

To be awarded an ordinary degree you should have passed 320 credits of which at least 80 are at level 6 and a further 120 at level 5 or above.