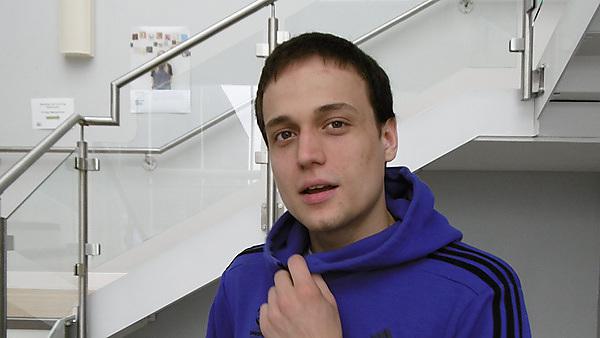 I came to the University in September 2015 as an international student, who has arrived to the Isles barely a month before that. I had too many questions to ask and was rather unsure about the differences in academic standards here and back home. Furthermore, my anxiety made it rather hard for me to approach members of staff. PALS ended up being my place to go for honest conversation with students on later stage of my course and helped me gain a lot of confidence throughout my first year.

The way PALS helped me in the first year, as well as my long-term motivation to experience teaching practice as a part of my future career motivated me to return the application and eventually become one of them.

As soon as I was informed about my success, I started to be far more excited and proud of studying at this university. In three sessions leading up to the start of next academic year, I have received training in modern and engaging revision techniques, learned how to help students find the right person or resource to help them with issues of all sorts, and eventually became able to plan and run a session.

Running the sessions itself has helped me to open up from being rather introverted into someone who is consistently smiling and willing to help anyone. This is mostly caused by the fact that the session environment and structure my PALS partner and I decided to employ tries to bring everyone to the same level and have an open discussion on a given topic.

PALS has enabled me to work with people and to facilitate help and revision opportunity for student with the comfort of conversation between equals.

Originally interested in work for a statistical office or similarly oriented government appointed body, I became more open-minded to alternative career opportunities. Although it might be a very hard path to switch to, I even started considering taking a postgraduate course to go into teaching. Another option which opened up for me are more interpersonal roles in corporations. In other words, PALS may have saved me from life spent mostly in front of computer screen.