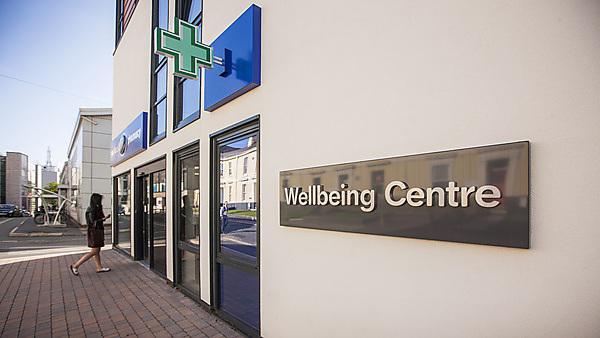 What is Autistic Spectrum Disorder (ASD)?

‘Autism is a lifelong, developmental disability that affects how a person communicates with and relates to other people, and how they experience the world around them.’
(National Autistic Society 2015)

Recent changes to how individuals are diagnosed means they would now be given a diagnosis of Autism Spectrum Disorder (ASD), rather than for example, Asperger’s Syndrome, or PDD-NOS (pervasive developmental disorder not otherwise specified) etc. However, if individuals were originally diagnosed with these terms they will not lose their diagnosis. A formal diagnosis can only be made by a psychologist or psychiatrist who specialises in this area.

Traditionally, ASD was often described as a ‘triad of impairments’ – a set of three difficulties; social communication, social interaction and social imagination. Currently, diagnosis has been reduced to two domains – social communication and interaction and restricted, repetitive patterns of behaviour, interests or activities. Sensory behaviours are included in this domain.

Those with high functioning ASD often have high ability but may have poor social skills because they cannot always empathise with others. The condition has been colloquially termed ‘mind blindness’ because of the inability to ‘read’ another’s mind.

As with many of the neurological developmental disorders, ASD may co-exist with other conditions such dyslexia, dyspraxia, dyscalculia, semantic pragmatic disorder and prosopragnosia (inability to recognise faces). People with ASD sometimes experience heightened sensory awareness, perceiving stimuli undetected by others. This can result in sounds, smells, feelings against the skin and lighting becoming intrusive and distracting. They also commonly develop a special interest and expertise in one particular area.

The student with ASD frequently has remarkable strengths. It is common to have an excellent memory, particularly for facts and figures. They can be meticulous, focused and have a good eye for detail and errors. They are also often honest, conscientious, original, creative and good with foreign languages. Many students with ASD work to these strengths and choose subjects like mathematics, science and computing to study at university level.

ADHD affects around one to two per cent of the population. Individuals with ADHD may vary in how their symptoms present depending on the level of demand on them and characteristics of the environment they are working in (e.g. levels of noise etc). It affects attention and concentration.

What is Developmental Co-ordination Disorder (DCD)?

Developmental Co-ordination Disorder (DCD), also known as dyspraxia in the UK, is a motor co-ordination disorder affecting about two to three per cent of the adult population and impacting on everyday life skills. DCD/dyspraxia is distinct from other motor disorders such as cerebral palsy and stroke.

Dyslexia is the most common Specific Learning Difficulty (SpLD) and affects about eight to ten per cent of the population. Individuals with dyslexia have a history of difficulties with reading and/or spelling. They may also have other difficulties such as organisation, planning and memory. Academic self-esteem can be low.

What is a hearing impairment?

Hearing impairment, or deafness, is when your hearing is affected by a condition or injury. Some people are born with a hearing loss while others may develop it as they get older.

Deaf or hearing impaired students use a range of communication methods that may include speech, sign language, finger spelling, residual hearing and lip reading – and often a combination of these.

Deaf Awareness training is recommended for staff involved with teaching hearing impaired/deaf students. Arrangements can be made via Disability Services.

‘Mental health is not just the absence of mental disorder. It is defined as a state of well-being in which every individual realizes his or her own potential, can cope with the normal stresses of life, can work productively and fruitfully, and is able to make a contribution to her or his community.’

Therefore, mental health problems occur when there is a disturbance in the way an individual feels, thinks or behaves. If left untreated, this can have implications for the individual’s ability to function, work or maintain relationships.

What is a mobility impairment?

According to Gardiner & Anwar (2001, p.2) a mobility impairment is one which ‘affects the bones, joints, muscles or nerves that effect movement. The term mobility impairment does not only apply to students who use a wheelchair, but also to those with upper limb disorders such as repetitive strain injuries (RSI) and arthritis, and those with medical conditions limiting mobility. A wide range of conditions may limit mobility, including hand function. These include paralysis, cerebral palsy and amputation.’

What is a visual impairment?

Visual impairment refers to sight loss which is uncorrectable by glasses. The RNIB notes that individuals with a certain degree of sight loss can choose to register as blind or partially sighted, following assessment with an ophthalmologist.

There are numerous eye conditions which affect people in very individual ways. The RNIB has a wealth of useful information, including an alphabetical list of eye conditions and likely effects.

What is visual stress?
Some people experience visual discomfort when reading, especially for long periods of time. This discomfort may include blurring and fading of print, movement of words and letters, appearance of patterns in text, fading and glare effect. Visual stress can also cause sore eyes, headaches, and frequent loss of place when reading. These difficulties can also adversely impact on comprehension.

Does it vary in severity?
Yes, some people find it extremely difficult to read without experiencing significant distortions, especially black letters on white paper. They may only be able to read for a minute or two. At the other end of the spectrum are people who find it easier to read from off-white or cream paper than white. Most of us probably fall into this category – if you think about it, nature does not ask us to look at black and white very much, except zebras and magpies.

Who can diagnose visual stress?
Although some dyslexia specialists and others may have trained as visual stress screeners, we recommend that the student visits an optician which offers this service. This is because the symptoms of visual stress can be due to other optometric causes, such as binocular co-ordination problems. An eye specialist is the best person to determine this.

How can the symptoms be alleviated?
It is important that academic staff are aware of the effects of visual stress. Most of the ways of alleviating symptoms, however, can be carried out by the student.

The two main ways of alleviating symptoms are through the use of coloured overlays and coloured lenses.

Students with visual stress may also use the following ways to reduce the effect of symptoms:

Other disabilities and medical conditions