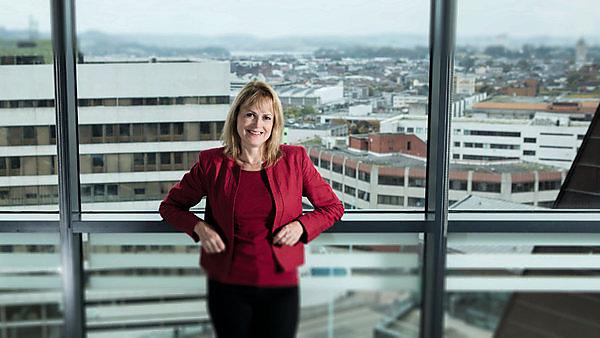 Only 9% of the UK’s engineers are women – the lowest proportion in Europe. Yet in a 2013 survey, 84% of female engineers said they were happy or extremely happy with their career choice. So why aren’t younger women choosing it?

Since becoming interested in this gender disparity, Liz Hodgkinson has worked on a number of initiatives at the University of Plymouth to increase female participation and advancement in science, technology, engineering, maths and medicine (STEM). We speak to her about the challenges facing girls wanting to enter the profession, and what the University is doing to help.

What does your role involve?
I’m a lecturer in the civil engineering group and also the admissions tutor for the civil engineering courses. I review student applications, but also look at things like how the faculty presents itself. I also work on diversity and inclusion, gender outreach and developing our Athena SWAN Charter strategy, an initiative to progress the careers of women in STEM. Plymouth was one of the first universities to sign up, in 2005.

What made you concerned with gender balance in STEM?
I did a sociology degree and a postgrad diploma in social research methods. Then I registered for a PhD on the underrepresentation of women in engineering, because it had the lowest female participation. I had seen that social background and gender seemed to affect the way boys and girls chose areas of study at school, and pursued different careers. Girls are missing out, because many jobs that women have traditionally gone into tend to be less well-paid.

Why do you think that is?
There are a lot of reasons, many of them historical. Women were originally excluded from higher education, and engineering was seen as heavy, industrial, man’s work. Even today, young people often aren’t sure what it is. If schools offer a GCSE in engineering then predominantly boys will take it. Teenagers don’t want to be different so it’s still hard to cross that traditional boundary.

What is the University doing about it?
Shifting our focus to things like how engineering can tackle the environmental challenges of our century and help communities. It’s about the natural and built environment, climate change, providing shelter, managing coastlines, sustainability. In the past there was more focus on techniques and equipment, but we had a hunch that girls would be more interested in the broader, more human side, so that’s our focus at open days. We’ve seen a four-year increase in women on the coastal engineering courses. It also helps that almost a third of our civil engineering lecturers are women, which, I think, is unusually high.

Did the faculty embrace the idea of gender outreach initiatives?
Yes. When the faculty heard about my work, it was already quite forward-thinking and wanted to increase the number of female students. We work with professional bodies, such as WES (Women’s Engineering Society) and WISE (Women in Science and Engineering). We raise the profile of our female students by putting them forward for awards such as the Women In Property Award (in 2016 one of our second year students reached the regional final), and South West Women in Construction.

What is the biggest obstacle to getting women into engineering?
We’re steering a difficult path – there is a lot of ambivalence about initiatives that help females. Some people feel it’s positive discrimination. Others think that if women have to join a special network, they aren’t as good as men. It’s hard, but I know that it’s not positive discrimination – it’s positive action. When you have a minority group and you do nothing, nothing happens.

What would you say to girls thinking about studying engineering?
Don’t miss an opportunity because it’s not ‘traditional’. There are so many areas that will need engineering skills in the next ten years – from infrastructure to renewable energies. By choosing engineering you can help people and make a real difference.