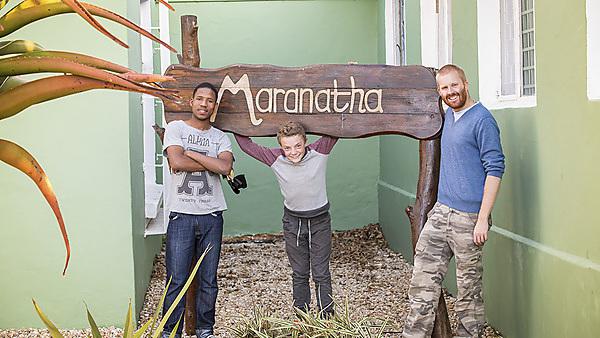 Want to travel the world, change lives and have a challenging but massively rewarding career? For one Plymouth graduate, a degree in Social Work has led to global travel opportunities, life-changing experiences, and even the formation of his own children’s charity. Harrison Nash spoke to us from South Africa about his impressive achievements...

It was an eye-opening trip abroad that first inspired Harrison to pursue a career in social work. “At school I thought I had it all worked out in terms of going into a London-based marketing career,” he says. “But I came to the realisation that I needed to experience the world, travel and do some volunteer work.” In April 2007, he embarked on a trip to South Africa – the experience would change his life. In awe of the important work that organisations were doing with young people in the country, Harrison returned to South Africa again in 2008. “I had discovered my passion,” he says. “Children were being given lifelines at residential facilities away from some horrendous circumstances, thanks to the social work system.”

After leaving Plymouth with a degree in social work, Harrison continued to build on a charitable project he’d started as a student, “Whilst at the University I set up the Maranatha Care Children charity, he says. “Our course taught us that we can make a difference.” The charity has grown from strength to strength, helping hundreds of children in South Africa to live fulfilling lives.

Harrison’s training at Plymouth was vital in preparing him for the difficult situations he’d encounter as a social worker abroad. “The course allowed me to develop my core social work foundation but also gave me the ability to be flexible and able to adapt to all eventualities,” he says. “Our modules covered a varied range and the placements gave me work experience with a wide variety of service-users, including mental health, older age, asylum seekers, refugees, children and families.”

As a social worker, Harrison bears witness to some pretty harrowing stories. Did his training at Plymouth give him the skills to deal with them on a personal level?

"Even through my training at Plymouth I could utilise the support available to talk through the emotions inevitably associated with this kind of work," he says. But students were also taught the importance of never being apathetic: "We have to be moved and touched by what we do in order to have the necessary passion and compassion to intervene for the best results."

It’s the open, human nature of Harrison’s degree that makes his skills relevant anywhere in the world.

"Whilst there is always a cultural context that we must be aware of in everything we do, there are still core skills in terms of how we are, how we interact and how we communicate with people," he says. "There are certainly transferable skills that would serve me in any other foreign environment as well as South Africa."

In January 2016, Harrison was awarded a prestigious prize in recognition of his charity work.

“I am very proud of my qualification, it’s a very well-respected degree. When I received a British Citizen Award, I immediately wanted to share the news of this with the University and my social work lecturers. I strongly believe that Plymouth is able to train social workers who can be the change we want to see in the world.” 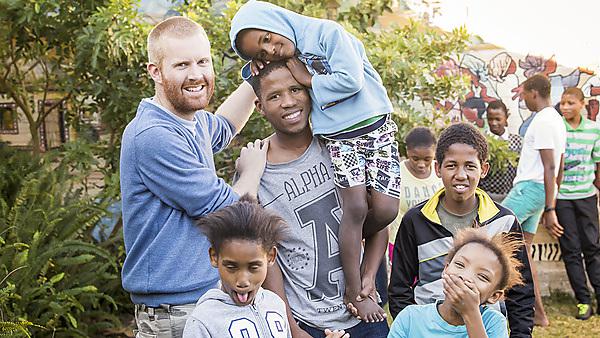