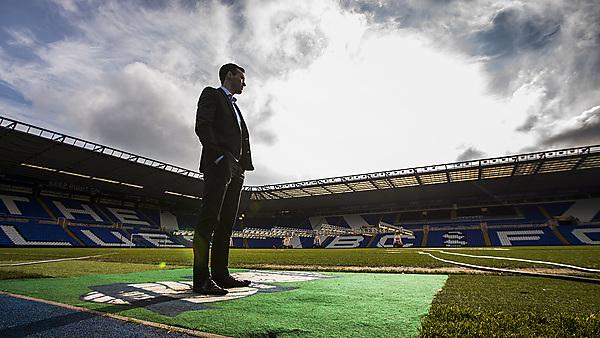 So, your childhood ambition of playing for your favourite football team is increasingly looking like a pipe dream – blame that old tennis injury. But even if you’re flat of foot, there are still plenty of ways to make a living from ‘the beautiful game’ – particularly if you have a mind for marketing and a flair for communication.

In today’s landscape, Premier League and Championship clubs are global brands with annual turnovers running into the millions, and owners are constantly on the search for bright individuals that can help the team off the pitch by bridging the gap between club, fans and sponsors, co-ordinating everything from season ticket campaigns to new kit launches.

Such is the path taken by Plymouth University alumnus Tom Rowell. Since graduating with an MSc Marketing Management and Strategy degree in 2012, Tom’s rise up the football marketing pyramid has been rapid. Beginning as a Marketing Executive for Leicester City four years ago, Tom now finds himself as Head of Brand and Marketing for Championship outfit Birmingham City, via a stint at Midlands rivals Wolverhampton Wanderers.

It might be a back office role, but it’s one, says Tom, that lets him kick every ball. “If you are a football fan there is nothing more fun than working on a new kit launch or working with the players on campaigns. Having access to the inner workings of a football club never wears off and you learn something every day”.

In his current role, Tom is responsible for the development and management of all the club’s marketing projects – from ticket sales and events to conferences and catering. It’s a lot of responsibility, but one his experience at Plymouth has prepared him for. “Before the course I had zero marketing knowledge so it transformed me from a blank slate to an employable marketing executive in 12 months,” he says. “I couldn’t do my job without it. It’s a well-taught course led by lecturers with a broad knowledge of the principle and its application.”

It was through a former lecturer, Dan Coxon, that Tom got his first taste of marketing in his final year, a work experience assignment at Young Devon, a charity that works to enhance the lives of young people in the area. Tom was able to use this experience as a springboard for successful stints at Leicester and Wolves, the latter of which saw an increase in sales through an innovative kit launch campaign and an improvement in e-communications in just eight months – stats which brought him to the attention of Birmingham City.

“Network, network, network,” says Tom when we ask what advice he’d give to those looking to get into the same line of work. “The football industry is all about who you know and getting a profile for yourself. Hammer LinkedIn and ask nicely, most people will be flattered and willing to help.”

And it seems that both on and off the pitch, it’s passion that separates the Arsenals from the Accringtons. “When hiring, I always look for hunger in an applicant: their qualifications might get them in the room, but then it comes down to their sheer desire.”

Tom Rowell talks about his career path since graduation, and offers advice to those looking to get into the same line of work.