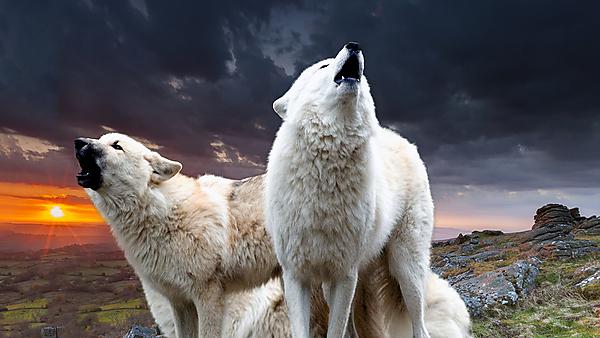 We’re used to seeing urban foxes prowling our streets after dark, but what would you do if you saw a wolf when you were putting out the recycling?

Since about the mid-eighteenth century, wolves have been confined to fairytales in the UK, but there is a growing call to bring them back, along with other animals wiped out by hunting and farming practices.

The ‘rewilding’ movement argues that the reintroduction of a few ‘keystone’ species such as wolves, lynx, boar and beaver could have a huge knock-on effect on the diversity of our ecosystem.

At the forefront of the ‘rewilding’ movement is Guardian journalist and author George Monbiot, co-founder Rewilding Britain, which is working to restore wild nature across Britain. He recently gave a talk hosted by Plymouth University’s Sustainable Earth Institute. George told students and other attendees that without species like this, and the benefits that they bring, we live in “a shadowland – a dim, flattened relic of what there once was, and what there could be again.”

We’ve been at the top of the food chain for quite a while in this country, but George talks about a time when ‘mega fauna’ like elephants and lions roamed across most of the planet – Devon included. He’s not suggesting that we reintroduce lions, but a few keystone species are being put forward as a good compromise.

While he was in Plymouth, he also visited the Devon Beaver Project, at an undisclosed location, which has caused a small area of woodland to burst into life. By just doing their thing, the beavers have created new habitats for frogs and birds, among other species, while their natural dams are also preventing flooding of populated areas downstream.

There’s just some red tape to get through first (sheep farmers aren’t that keen on wolves, unsurprisingly). If not for that, “We could introduce wolves to Plymouth tomorrow!” George enthuses. “They would be perfectly happy foraging out of your dustbins.” But, he adds, the Scottish Highlands would probably be more suitable and less controversial.

Watch the whole talk by George Monbiot below:

George Monbiot, Author and Journalist talks about rewilding at an event hosted by the Sustainable Earth Institute at Plymouth University and the Network of Wellbeing.