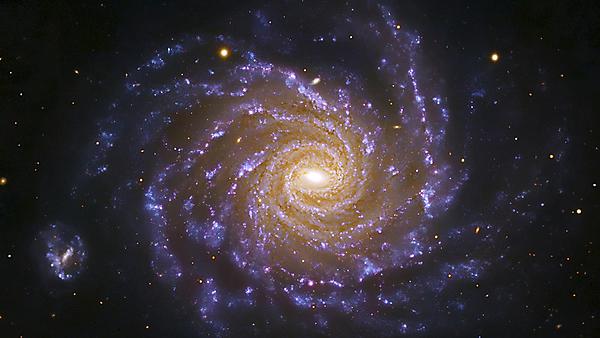 One small step for man, One Giant Read for mankind – isn’t that how the saying goes? It is now that a new reading initiative has been launched in collaboration with the UK Space Agency, which will see fact and fiction collide as the first British astronaut goes into orbit.

One Giant Read has been created to coincide with Tim Peake’s mission on the International Space Station, where he has become the UK’s first official astronaut. Tim is currently spending six months orbiting 250 miles above us, travelling at 17,500mph. 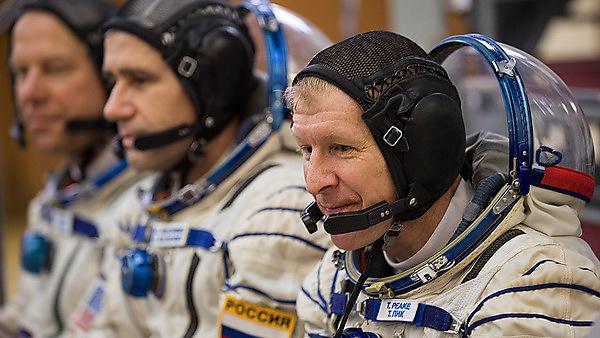 Tim with fellow crewmates Nasa astronaut Tim Kopra, and veteran Russian commander Yuri Malenchenko. He was blasted into space with them on 15 December 2015 to begin his six-month mission.

The hardcore sci-fi fans among you will know that writers like Philip K. Dick and Isaac Asimov have been influencing and inspiring scientists to discover new frontiers for years. For every month that Tim circles Earth, the One Giant Read website will publish a series of themed audio books, podcasts, poems and videos showcasing some of the best science fiction, and exploring the impact of science fiction on science fact.
The first month’s theme was ‘arrival’, as Tim settled into his temporary new home, dealing with the ‘overview effect’ when Tim saw the planet from a distance for the first time. This brings to mind the fragility of our planet – so the first month talked about climate change and world politics. This included a novel by Alastair Reynolds, poetry from John Clare, a talk on space programmes and climate change, and profiles of prominent science fiction writers, such as the late, great Iain M Banks.
January’s theme is ‘gravity’, featuring an excerpt from H.G. Wells’ First Men in the Moon and a poem by Simon Barraclough. You can also watch a video of Stephen Fry talking about his early memory of watching humans orbiting the moon for the first time, and see Tim undergoing his spacewalk training at NASA.
Supported by The Plymouth Literature Project at the University, One Giant Read was created by the charity Literature Works with the UK Space Agency and the RNIB. The resources will be accessible to people with sight loss and the project aims to raise money to make reading opportunities available to everyone.
Professor Kevin Jones, Executive Dean in the Faculty of Science and Engineering at the University, said:

“Space exploration is one of the greatest scientific achievements of our time, and inspires people to think beyond the boundaries of what might be possible. I hope the One Giant Read project can capture that spirit.”

Are you the next HG Wells?

Every month the One Giant Read project will be asking readers to submit ‘flash fiction’ entries (stories up to 500 words). The best one will be awarded an official ‘Principia Mission’ patch, as worn by Tim Peake, plus a copy of one of the books showcased during the project.

Look out for other writing competitions, including One Giant Write – a national competition for science fiction writers.

Find out about courses in English and creative writing at Plymouth. 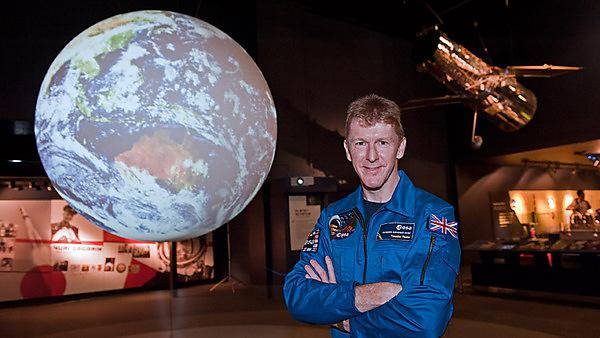 Tim Peake at the Science Museum in London