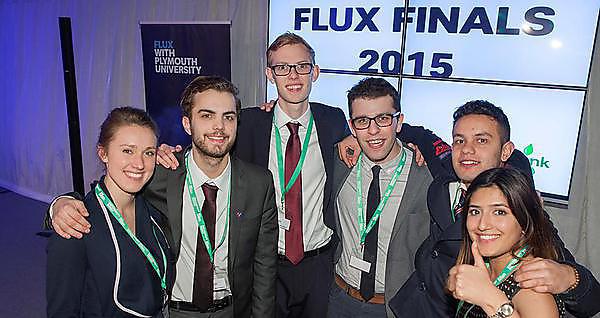 If you’ve ever watched Dragons’ Den and thought ‘I could do better than that!’, you’re not alone. Nearly 600,000 new businesses will launch in the UK this year. But what separates a game-changer from an also-ran? Just ask the student entrepreneurs at Plymouth University, who recently won a major national business contest.

“I looked into Ignited Enterprise, the entrepreneurial society on campus, at the skills that we needed and the people that could provide them,” he says. “Five people met our criteria; it was really well balanced.”

Together, D’Alessio’s team came up with a new way to measure blood sugar levels in diabetics. Their creation, a watch-like device dubbed GLUCOBAND, would take a reading from perspiration, eliminating the need to pierce the skin.

After flying through the initial stages of the competition, the team had to pitch the idea to a group of formidable judges.

“We delivered a fantastic pitch,” says D’Alessio. “It was our aim to be a bit different from all the other teams. Beforehand we were networking with everyone – and then we communicated our idea effectively.”