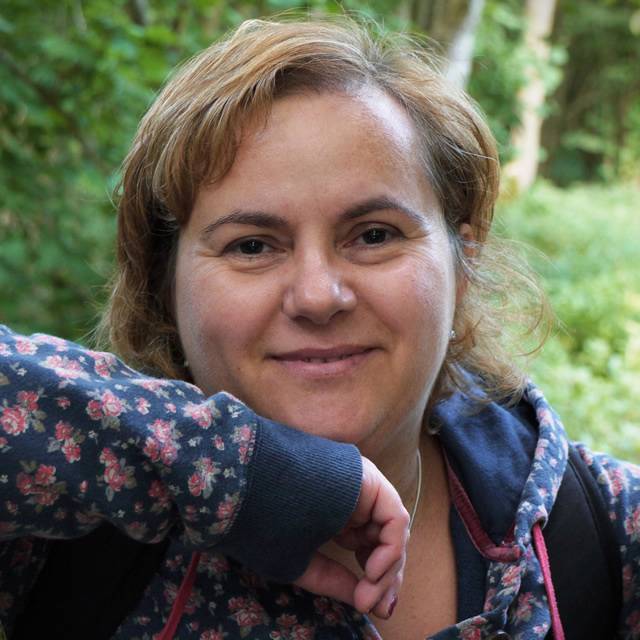 I am a palaeoecologist with a broad inter-disciplinary interest in human-environment interactions,mostly over the Holocene, working at the interface between archaeology, geography and biology. My primary expertise lies in theanalysis of Quaternary landscapes and ecosystems using sub-fossil insects (beetles) and a range of proxy data (especially pollen, plant macrofossils), archaeological and C14 data, using a range of scientific techniques. I work both at the site level, investigating the physical and environmental context of archaeological sites using a range of techniques to extract and analyse proxy data from soils andsediments, though to the landscape and regional scale, using ‘big data’ approaches to synthesize diverse lines of evidence. The geographic focus of my research is primarily on the North Atlantic region, in Ireland and Britain and their Atlantic fringe context, although I also work in other parts of the world, especially elsewhere in Europe. My research has been funded by NERC, AHRC, ERC, HLF, Heritage Council, British Academy, Royal Society.

I am especially interested in the physical and ecological development of the Holocene landscape and the processes that drive change (biotic,abiotic), the emergence of the cultural landscape and the transition to agriculture, complexity and beyond. I have strong skills in drawing diverselines of evidence together to understand how communities and societies become resilient to change over space and time. In recent years, I have been especially interested in understanding the ecological, economic and social aspects of the transition to agriculture in Ireland during the Neolithic andearly Bronze age and how these compare with Britain and elsewhere across theNorth Atlantic seaboard. I also work on later periods, focusing on the later prehistoric and historic period via the AHRC funded ‘Crannogs project’ leading to an interest of the un-intended ecological and human consequences of Empire. Another area of expertise is in biological systems: how biodiversity changes over the Holocene and what this tells us about the kinds of human-nature interactions; assessing the impacts and consequences of biodiversity loss (e.g. extinctions) due to human impacts and climate change, effects on ecosystem functioning and processes and how theseaffect human societies and their choices. Although much of my work has focused on the Holocene, in recent years I have been working on earlier periods of the Pleistocene to compare with our ‘Anthropocene’ world.

I mostly teach in areas associated with palaeoecology, long-term ecology, environmental change, environmental archaeology and Quaternary Science. My particular area of expertise is in Quaternary entomology (fossil beetles). I am happy to supervise dissertation students in any of these research areas.

I am currently module convener for three undergraduate and MSc/MRes modules:

I also contribute teaching on the following modules:

I have a broad interest in human-environment relationships with a particular focus at the interface between the physical sciences and humanities.

My primary expertiselies in the analysis of sub-fossil insects (beetles) although I work with a range of proxy data and scientific techniques to further our understanding of the inter-relationships between archaeology, environmental and climatic change, changing biodiversity as a consequence of climate change and human impact, the development of the cultural landscape and in particular the transition to agriculture. I also work on issues of climate change and landscape and ecological change over the Quaternary period, comparing previous interglacials with the present one, from an ecological perspective.

5 year project (October 2016 –Sept 2021) HLF funded project (£130,000). PI: N.Whitehouse, Co-I’s: B.G. Gearey, H. Chapman. The project is concerned with revealing the past hidden ‘wildscape’ landscape (archaeological, geoarchaeological, palaeoecological) in the Humberhead Levels. Building upon existing scientific knowledge and new community projects, the work is intended to provide an improved sense of ‘place’ and understanding of archaeological narratives to local communities aswell as long-term ecological insights into land management of wetland areas undergoing restoration and to create policy briefings that take into consideration the long durée character of cultural landscapes and ultimately their resilience to future climate change. The work builds upon almost 2 decades of mine and collaborators previous research in this region.

AHRC Celtic Connections and Crannogs: A new Study of Lake Settlements Across the Irish Sea

3 year AHRC funded project (2015-2018) which I am Co-I on explores the role of crannogs,island dwellings that weretypically located in lakes and mires and have a distribution centred around theNorthern Irish Sea (‘Celtic’ distribution across the north of Ireland and Scotland). Many were constructed during the Iron Age, ca. 2500 years ago and usedup until the Medieval Period. The project is concerned with understanding therole of crannogs in societies – were they long-lived, restricted to a short periodof use, permanent (year-round) settlements, seasonally occupied or ‘boltholes’?Were they functional and/or ritual sites or did they have a defensive/protectivefunction for the elite? Questions around the role of crannogs in the spread of Christianity through the Celtic world, isolated from Roman Britain are also of concern.

Fragility and sustainability in restricted island environments: adaptation, cultural change and collapse in prehistory (FRAGSUS): This 5 year (2013-2018) €2.5m ERC funded project is a collaborative project with QUB (PI), the University of Cambridge, University of Malta andUniversity of Plymouth (Co-I), involving 19 academics and 12 researchers. The project explores the rise and fall of civilisations within an island context (Malta)and focuses on the particular conditions and circumstances that make societies change, adapt and become sustainable. Understanding better those mechanisms of resilience may resonate with issues in our modern world, as well as the world of prehistory.

Cultivating Societies: Assessing the Evidence for Agriculture in Neolithic Ireland (funded via INSTAR research programme 2008 – 2010, £210,000, Heritage Council, Republic ofIreland – Whitehouse, PI). The project has provided internationally important data for understanding the context of the Neolithic and transition to agriculture across Europe and offers opportunities to expand this approach across to otherareas of the British Isles and into Continental Europe.

Editorial Board of Journal of Archaeological Science: Reports