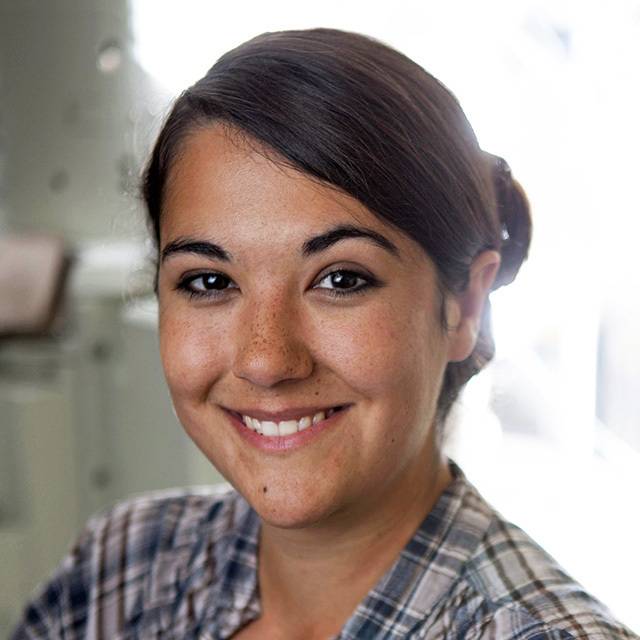 Natasha Stephen is Director of Plymouth Electron Microscopy Centre (PEMC), a flagship £5 million analytical facility in the heart of the University of Plymouth's main city centre campus, housing SEMs, TEM & FIB-SEM, along with full specimen-preparation and post-processing facilities. She is also Project Director for the Plymouth Materials Characterisation Project within PEMC; a £1.7 million EU-funded research project that links academics with industry within the South-West of England.
Natasha is also a lecturer in the Faculty of Science & Engineering, within which she teaches on several undergraduate and graduate courses, in addition to supervision of MGeol, ResM and PhD students. Her research focuses on the use of non-destructive analytical techniques to investigate meteorites; rocks that originate on the surface of other extra-terrestrial bodies, including the Moon, Mars and asteroids, and linking these up to spacecraft data (i.e. rovers and satellites). Natasha is also working with colleagues at ESA and the Australian Government on 'in-situ resource utilisation' (ISRU) for space exploration, and the suitability of astro-materials and synthetic analogues for 3D printing extra-terrestrial habitats for humans on the Moon, and beyond...

Natasha is a fellow of the Royal Astronomical Society, the Royal Microscopical Society and the Higher Education Academy. She is a member of the Meteoritical Society, Electron Microscopy UK, and the UK Planetary Forum.

Natasha is a committee member on the following external bodies;

Natasha's research focuses on the use of meteorites, rocks naturally delivered to Earth from Mars, the Moon and asteroids, to study the geology of extra-terrestrial bodies throughout the Solar System and links these up to the space missions studying these bodies from afar. These astromaterials are a finite resource; scientists can never be quite sure when the next meteorite will strike therefore it is important that research using meteoritic samples preserves them for future study. As such, Natasha employs a range of non-destructive analytical techniques within the University’s Electron Microscopy Centre on campus to look inside the rocks using X-rays to determine their composition and crystal structure, as well as infra-red spectroscopy to help link these observations to satellite and rover missions throughout the Solar System.
Whilst the search for life on Mars is one of the key driving forces behind Martian rover exploration (e.g. Curiosity, Mars Science Laboratory), Natasha’s research instead focuses on the geological evolution of Mars, alongside other volcanic regions in the Solar System, in order to determine their histories and relevance to Earth’s future.