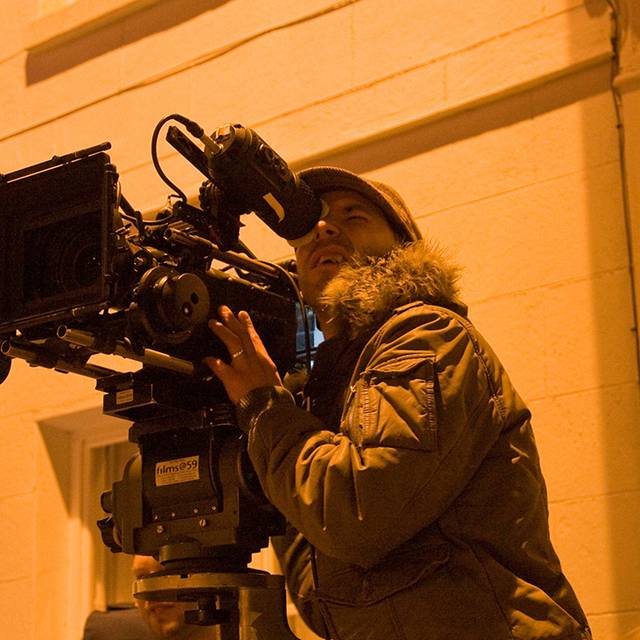 Mark Simon Hewis is a multi-award winning British filmmaker. He has been making short films since he was 17 when his first film - made entirely inside a photo-booth using the built-in camera - was shown at the infamous Curzon Cinema in Brixton, London. Mark's work includes international award-winning films for the Arts Council, Channel 4, BBC and his 1st Feature Film was released in 2014 for BFI, BBC Films, Matador and Arthur Cox. He continues to work as a live-action director, executive producer, writer and editor for companies including Aardman Animations.

Mark graduated from the Royal College of Art in 2003 with a Masters in Animation where he a made two films, Trap and Spinnaker Leech, both of which competed in film festivals throughout the world. He was awarded Film Council funding to make The Chihuahua Messiah, runner-up for the BBC New Filmmaker Award 2005 and won the Fortean Times Film of the year 2006. It was used by Mark Kermode in a Review Show special on BBC2, about how to make the perfect short film.

He then made a short live-action comedy for BBC3, released in 2006 called God and Dave, which was runner-up in the Encounters Film Festival Audience Award and selected by the British Council for representation. It was completed and aired in 2006, winning the audience award at the Bristol Filmmakers Festival the same year. Mark then made the short The Life Sized Zoetrope in 2008 for Channel 4, Arts Council UK and Animate. In 2008 it was nominated for 8 awards at the British Animation Awards (even though it is a live-action film), won the Grand Prix at the London International Animation Festival and the Tampere Film Festival. It subsequently gained distribution deals across the world and is included in 4 DVD compilations about the history of alternation short animation and filmmaking.

Mark Simon Hewis is the Academic Advisor for the Aardman Animation Academy which runs world-leading short courses and training programs to the film industry.

Mark continues to be hugely active in the film industry. In the past Mark has been represented as a commercial director by Aardman and ArthurCox in Bristol. As well as directing he has been a freelance Production Manager, 1st Assistant Director, Director of Photography, Composer and Editor on around 60 commercials, feature films, TV series and short films. These roles have included the planning and organisation of the Guinness World Record for the biggest animation ever created and Editor of the BAFTA award winning film Mother of Many in 2009.

Mark has recently received funding for a new short film due to be finished by the end of 2019, and is in script stage for his next feature film and TV series.