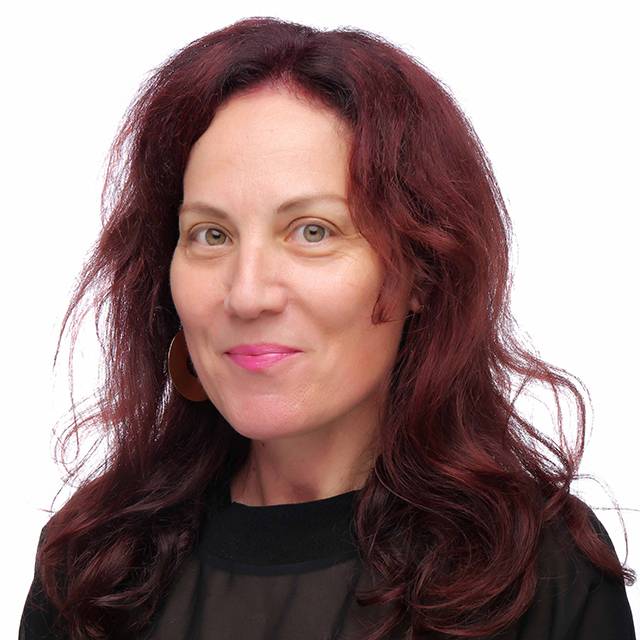 She was formerly the Dean of International Affairs and Professor of Architecture at Xi’an Jiaotong-Liverpool University (XJTLU) in China. She is an architect and academic with over 20 years teaching and practice experience gained in the UK (Oxford), China (Suzhou), Germany (Münster) and Australia (Brisbane and Melbourne). Her three key areas of research are: 1) the social production of architecture; 2) architecture and media (focusing on filmmaking) and; 3) architectural labour, neoliberalism and sustainable ecologies. Her research traverses the fields of architecture, urbanism, ecology, sociology, politics, economics, and visual culture. She was recipient of a Research Excellence Award in 2017.

Igea is committed to understanding architecture not from an internal disciplinary perspective but in the context of other disciplines, so as to determine the conditions in which architecture is and architects are socially, culturally and economically produced. She sees architectural production and the architect’s labour as actors within a complex system of increasingly, less and less predictable neoliberal conditions and seeks to help architects and the communities with whom they work to find greater fulfilment and longevity. Working with local communities, she has undertaken extensive research on unfinished buildings and ghost urbanisations in Greece, Spain and Cuba through studio practice, examining the tie between building reuse and community regeneration. That work formulates ways of regenerating urban ecologies. As part of that research project, she examined the relationship between capitalism, city formation and the body polis (including the architect's body). On the latter subject she is currently writing a manuscript entitled 'Playing the Game of Life: In Architecture' (Routledge, 2021) which examines the gameplay decisions made over an architect’s work life in a global, neoliberal practice, which can lead to higher fulfilment and well-being personally, socially and environmentally. Since 2016 she has been undertaking an extensive research project on 'The Death and Life of UK Universities' to examine how the 'Mediated University' (a forthcoming book) can create more sustainable material and social cultures.

In her previous role as Dean she chaired the University Ethics Committee; Global Engagement Committee and; Publishing Committee for XJTLU Imprint, a Press Partner of the University of Liverpool Press. XJTLU Imprint publishes high quality research in English and Chinese to reach wider publics. In her own research, she employs alternative modes of architectural publishing including filmmaking and exhibition design. She is a member of the Surroundings Lab network [www.surroundingslab.org] and writes, directs and produces short films and documentaries as research. The films have been made through her production company, Caryatid Films. She has curated exhibitions in the UK; some have travelled internationally. Her books include: 'The Politics of Making' (2007); 'Transdisciplinary Urbanism and Culture' (2017); 'Architecture Filmmaking' (Nov 2019); 'Visual Research Methods in Architecture' (August 2020); and 'Spaces of Tolerance' (January 2021). Between 2017-2018, she was a Visiting Lecturer in Cultural & Historical Studies (CHS) at the Royal College of Art, London supervising dissertations in the MA Architecture, MA City Design, MA Interior Design and MA Environmental Architecture. Throughout her academic life she has supervised 100s of dissertations at undergraduate and postgraduate level, and some have won awards. She is a supervisor of PhDs and PhDs by Design and has supervised PhDs to completion. She has examined PhDs in Australia, Portugal and the UK. She has been an External Examiner of two masters programmes at the University of Sheffield and is currently an External Examiner at London Metropolitan University. She was an invited juror for The Council of Editors of Learned Journals (CELJ) and the Royal Institute of British Architects (R.I.B.A) (Dissertation) prize.

She has held major research leadership roles in international research organisations in Australia and the UK. While in Australia she was a member of the Executive Committee and Secretary of the Society of Architectural Historians, Australia & New Zealand (SAHANZ). She has been Research lead and Chair of the international research network, Architectural Humanities Research Association (AHRA) and remains a Steering group member. As part of her role in AHRA, she initiated and founded the inter-disciplinary award-winning journal, 'Architecture and Culture' for which she has been editor-in-chief since 2013. She has co-edited many themed and open issues of the journal since its inception, some of which are to be published in book format. The issues include: 'Spaces of Tolerance' 7(1) (March 2019) ‘Architecture Film’, 3 (1) (March 2015); ‘Disciplinary Practices’, 2 (2) (July 2014); and ‘Discipline’, 1 (1&2) (July & November 2013]. The journal facilitates an interdisciplinary exchange between those working inside, across and outside architecture - from architects, artists and urban designers, filmmakers, animators and poets, from historians, geographers, anthropologists and social scientists - to reveal new readings concerned with architecture culture. She has led conference teams that organised two 150+ delegate international conferences and many symposia and has been an invited conference and session chair for many other conferences. She has given invited keynote addresses and lectures in Leeds, Manchester, Bristol, Copenhagen, Karlsruhe, Melbourne and has been interviewed on radio. She actively participates in international conferences worldwide to make network connections.

In 1996, she became a registered architect in Australia. She has practiced architecture in Melbourne and Brisbane; Münster, Germany and is in practice with Andrew Dawson and Joelle Darby in Original Field of Architecture (OFA) in Oxford. With her husband, she made a film about their work in the UK and how it was influenced by their experiences as students at the Royal Melbourne Institute of Technology (RMIT); it was screened in Melbourne in August 2017. She began co-teaching studios with Andrew Dawson in 1998. They have two children, Lola and Valentino.