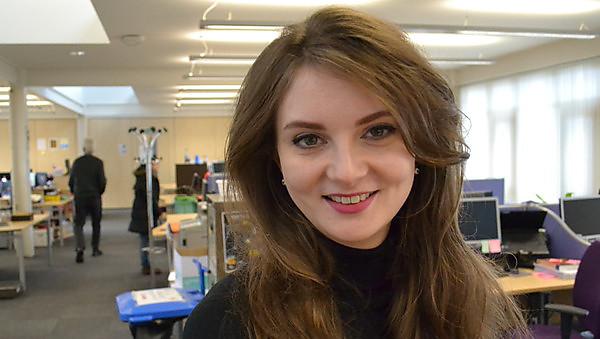 Sophie Homer has won the 2017 British Psychological Society's Postgraduate Affairs Group (PsyPAG) award for excellence in teaching. Along with a £150 prize, she'll receive a teaching related textbook and a subscription to the Psychology Teaching Review.

Sophie was absolutely delighted when a student took the time to email and thank her for the feedback she had given on an essay, which she said may be the most useful she had received in her two years at university, and had helped her in writing her next essay. Sophie had made a special effort not only to critique the essay, but to frame her suggestions for improvement in such a way that they would aid with any future academic writing. This was her first experience of how rewarding teaching can be.

She feels that the feedback she has received from staff and students demonstrates success so far in supporting and inspiring students through innovative practice, and reflects her genuine passion for teaching. She is currently completing a PGCAP qualification which she hopes will enable her to continue to develop and improve her teaching throughout her PhD and the academic career she aspires to.