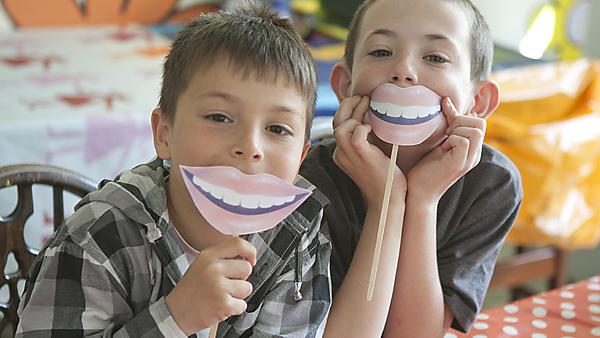 Imitation allows children to acquire new skills by observing others. Previously, this capacity has often been seen as a relatively simple process, in which children copy whatever they see, especially if they are impressed with the other person, irrespective of whether the behaviour is positive or negative. More recently, however, there is more and more evidence suggesting that imitation already in children is a very smart process, in which children evaluate the other person’s action and selectively copy only those aspects that they think will help them need their needs.

We test this hypothesis with a novel procedure. From simply watching others perform a motor skill, can they work out which aspects are associated with action success and which are not? Will they particularly copy these instrumental action aspects and incorporate them into their own motor behaviour?

To test this, children play a game of discus on the Xbox Kinect console, while their whole body movement – and the success of their throws – is unobtrusively recorded. We are interested whether children will change the way they throw the discus after watching somebody else perform it in a different way. The model’s actions are organised such that a particular part of their performance – for example stepping forward while making the throws – is associated with action success for one child, but for failure for another. Sophisticated analysis techniques based on the Kinect’s pattern recognition logic allow us to test whether children particular copy behaviours associated with action success, but not those associated with action failure.

Such data would provide first evidence that they establish internal models of new motor skills, and rely on these models to guide their own motor behaviour. Additional measures will then test whether (a) these imitation skills can be consciously accessed by the children, and (b) whether they show a developmental trajectory, and (c) whether are related to their general understanding of how mental states cause behaviour (i.e. Theory of Mind).