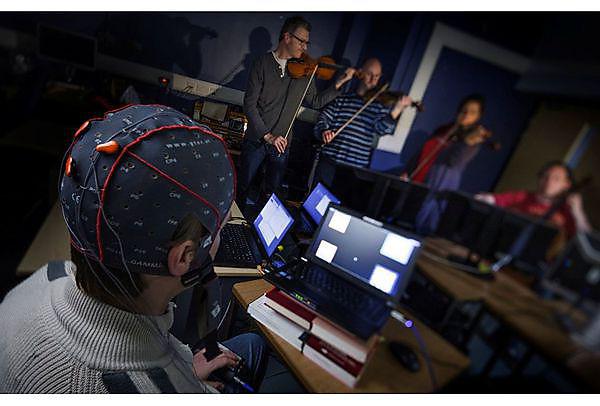 Grounded (embodied) cognition theory proposes that cognition is grounded in processing of sensor-imotor information. The main proposal for how this information grounds cognition is mental simulation. This process has been suggested to depend primarily on hierarchically-organised, convergence-divergence zones in association cortex. However, no direct neural tests of mental simulation or this mechanism have been done. This project will test crucial timing predictions. By this account, processing proceeds sequentially from uni-modal areas in one modality through multimodal association areas and then out to other uni-modal areas. To test this, the project aims to determine how and when processing sensor-imotor features in the human brain affects the cortical dynamics as they unfold over time for visual object cognition. The researchers multi-state interactive account of the cortical dynamics for visual object cognition predicts the timing and location of effects. Such precise predictions allow the most powerful conclusions from neuroscience data. High-density, event-related potentials have the time precision needed. Functional magnetic resonance imaging, which has higher spatial precision, helps localise effects. Transcranial magnetic stimulation disrupts perceptual or motor processing briefly to test the causal role. To integrate human and non-linguistic animal data in future computational models, studies focus on objects (i.e. not words) in the visual modality that dominates in humans.

This project will for the first time reveal how, when, and how much processing modal features (colour, motion, shape, size, orientation and actions) affects the temporal dynamics of cortical processes supporting visual object cognition and the causal role of such sensor-imotor processing. Such findings will test key timing predictions of the proposed cortical mechanism of how mental simulation grounds cognition in sensor-imotor processing and determine how, when, and how much cognition is grounded.