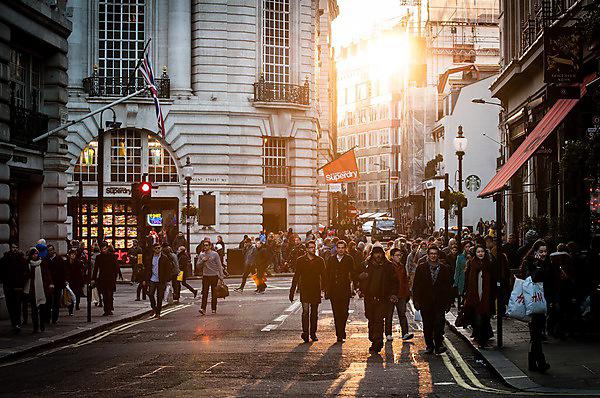 Below are details of the iSPER MIC Groups Spring 2017 seminar programme, with links to related papers. For further information about these seminars please contact Dr Alexander Haupt.

This paper investigates the plausibility of the practice of equal weighting in the Global Innovation Index from a policy perspective. On this basis, we examine the discrepancies in innovation efficiency arising from an endogenous weighting approach and investigate the feasibility of policy recommendations arising from the official approach. The results highlight significant differences for low-income countries, for which conclusions derived from the Global Innovation Index may not be feasible. A novel approach is proposed to monitor the degree to which countries divert from equal weighting, should this be deemed a desirable long-run objective.

This paper is aimed at two strands of the empirical literature in banking. First, it tests for the geographical dimension in SME lending as a rebuttal of Petersen and Rajan (2002) on the relevance of relationship banking for SME lending. Second, it examines the Stein (2002) view that large institutions with complex organisational structures are more able to filter ‘hard’ information than ‘soft’ information. Using data on individual bank lending to SMEs and mortgage lending by postcode area for 120 localities in Great Britain for the period 2013(2)-2014(4), we estimate a panel model on 8393 data points. We conjecture that as the same bank makes SME loans and mortgages to the specific postcode area, it would utilise the informational technology of its common organisational structure. Locality and bank fixed effects allow us to disentangle credit supply and demand and to simultaneously control for the unobserved traits of banks and the borrowers in the localities they lend to. Our results show that functional distance between bank headquarters and branches is negatively related to the net underwriting of SME lending but has no impact on mortgage lending. We interpret these results as strong support for the geographical dimension and a vindication of the conventional view that SME lending requires the transmission of ‘soft’ information through the intermediation of a Relationship Manager who has been largely removed from the banking organisation.

Read a copy of Kent's paper.
3 May – Professor Marian Rizov (University of Lincoln) – Internet Productivity, Firm Productivity and Market Structure – 14.00 – 15.30, Cookworthy Building 404.
The paper investigates the role of the internet on firms’ productivity and market structure using samples of UK and Spanish firms over the 1995-2010 period. For each firm we collect unique information on its online status (website) and the number of years of internet activity. Using a semiparametric estimation algorithm we find that firms’ internet presence is positively associated with TFP, in a long run. Our results also show that the internet is associated with reduced market concentration in both countries.
19 May – Dr Peng Wang (University of Southampton) – Do Qualified Foreign Institutional Investors Improve the Informational Efficiency of Stock Prices in China? – 11.15 – 12.45, Cookworthy Building 401.
This study investigates the impact of investments by qualified foreign institutional investors (QFIIs) on the informational efficiency of stock prices in Chinese A-share markets. Employing a large sample of Chinese firms over the period 2004 to 2012, we find that prices deviate less from a random walk for stocks with a larger foreign ownership. This relation is robust to controls for local institutional ownership, stock liquidity, market size, stock price and turnover, it is also robust to an alternative measure of informational efficiency. Instrumental variable regression tests show that the relation is causal. We also document that the effects of foreign institutional ownership on informational efficiency is more pronounced when QFIIs have higher visibilities or local information.
24 May – Professor Rebecca Boden (University of Tampere, Finland) – Universities Challenged: the Entry of Private Providers into UK Higher Education –  15:30 – 17:00, Cookworthy Building 502. Please note: the time and venue has been amended from that which was originally advertised.
There is a significant degree of policy and organisational isomorphism in the global higher education reform landscape, with widespread mobility of concepts, systems and structures. This paper looks at one of the principal origins of such reform – England. The English higher education system has been subject to accelerating, radical, neoliberal reform since 1990. It is marked by marketisation, students-as-customers and financialisation as universities move from being part of the social economy to the for-profit market economy.
The metaphor of the Wild West of America is used in this paper to discuss the current phase of reform. In the 19th century Wild West an open frontier land, with the promise of riches untold, encouraged a desperate race to capitalise on opportunities. Law and regulation were slow to follow the ‘pioneers’ – hence the appropriate sobriquet ‘wild’.
In the English higher education system successive governments have created the conditions necessary to open up a new, unregulated Wild West frontier in the sector. In this paper I chart these precursor actions and policies and discuss how the starting gun has been fired, setting loose a for-profit market free-for-all. Deliberate de- and non-regulation is a central tenet of the government’s approach. This has begun to engender significant market adjustment and ownership/capital restructuring with, I argue, possible fundamental, adverse and extreme implications for the nature and quality of research and teaching in English universities.

31 May – Professor Robert McMaster (University of Glasgow) – Reconfiguring Economic Democracy  – 14.00 – 15.30, Cookworthy Building 505.
This paper argues that economic democracy has to be rethought as a concept capable of articulating a vision of a more progressive and egalitarian approach to human development and poverty reduction in the 21st century. Existing approaches equate economic democracy either with: workplace democracy with an emphasis upon cooperative and collective ownership as an alternative to individual private or corporate ownership; and/or, with an understanding of economic democracy as industrial democracy – essentially about workers’ rights in terms of the collective - trade union representation and levels of co-determination in corporatist models of economic governance. We contend that there are two fundamental problems with such views of economic democracy: First, they may be too narrow and arguably exclusionary in that their scope does not extend to considering identities and economic rights beyond the workplace. Second, as they were largely framed by 19th and 20th century perceptions of economic organisation and social relations they are outdated. Specifically, such models are based on a male white Fordist social regime to the exclusion of women.

Our proposition is therefore a broader holistic approach to economic democracy that develops fourfold framing of the concept: (i) workplace; (ii) degree of associational economic governance; (iii) distribution of economic decision-making powers across space and sector; (iv) transparency, openness and democratic engagement of broader population in macro-economic decision-making.

Our approach is informed conceptually by linking traditional concerns around economic democracy with philosophical concerns about how we conceive of democracy as a process rather than majoritarian position (or outcome), and recognising the importance of democracy in terms of economic and social rights for, and dignity of individuals. In this way we argue that economic democracy can be viewed as a conduit to enhancing equity and therefore addressing issues associated with impoverishment.

In articulating our case, we develop an economic democracy index (EDI), which incorporates the four dimensions identified. The initial findings indicate marked differences in economic democracy between a more ‘social’ approach of northern European capitalism and the Anglo-American model. Eastern European economies do not record high levels of economic democracy. Our findings suggests that there are strong correlations between the EDI and poverty and inequality in OECD member states.