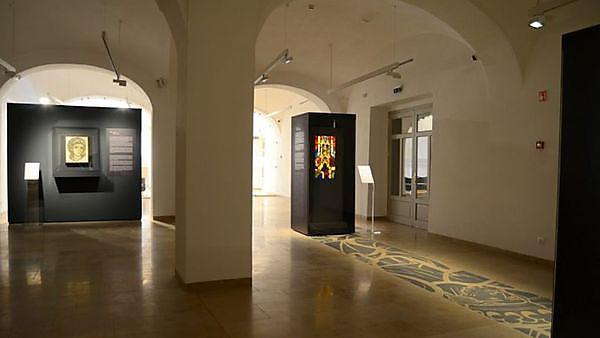 Dr Péter Bokody curated the international exhibitions Icons and Relics: Veneration of Images between East and West (March 21 – November 11, 2014) and Image and Christianity: Visual Media in the Middle Ages (July 10 – September 30, 2014) in the Benedictine Archabbey of Pannonhalma, Hungary.

The two exhibitions presented forms of image-worship in medieval Christianity. Image and Christianity was also the inaugural exhibition of the new Abbey Manor Visitor Centre (remodelled from an 18th century Baroque vine-cellar). The shows were accompanied by a joint bilingual (Hungarian-English) catalogue entitled Image and Christianity: Visual Media in the Middle Ages, which contains the reproductions and descriptions of the exhibited works and 9 studies discussing the questions of mosaic technique, book illumination and the cult of relics.

Icons and Relics displayed the complex history of image-worship in the East and West through a comparison of the cult of images and relics. Image and Christianity focused on the same development from the perspective of the visual media in the Middle Ages, where the spread of the painted panel in the West was interpreted in the context of mosaics, stained glass, murals and book illumination. The exhibitions underlined the Latin Sack of Constantinople (1204) as the point of intersection between the two tendencies.