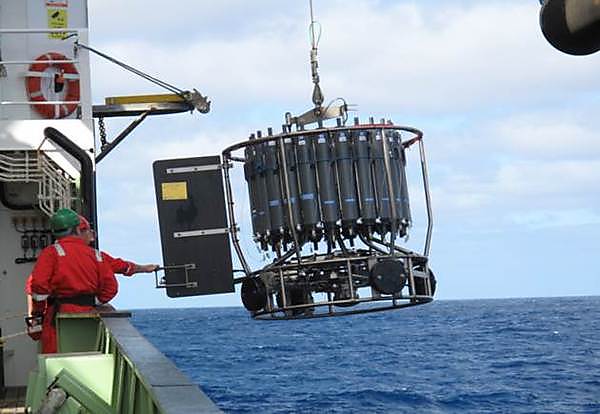 Copper and Zinc Speciation and Bioavailability in the Tamar Estuary (2012-2015).

The EU Water Framework Directive places an emphasis on improving water quality with new metal environmental quality standards (EQS), some based on bioavailability. In the SW of England and other parts of the UK, the estuarine environment is influenced by significant metal inputs from river and estuarine sources, leading to elevated concentrations of metals such as Cu, Zn, Pb, Cd and Ni, and in some cases exceedances of the new EQS.

This project co-funded by Plymouth University and metal industry research institutes serves to investigate the fate, behaviour and toxicity of these metals within estuaries, using the Tamar Estuary as a case study. Key research objectives are:

Fate of pharmaceuticals in soil

The majority of Active Pharmaceutical Ingredients (APIs) end up in wastewater and generally pass through some form of treatment prior to discharge to the environment. However, the treatment of APIs is not 100% effective and residual concentrations find their way into effluents and sludges. Concerns regarding APIs entering the environment have led to increasing regulatory focus from an environmental perspective. Additionally, there are increasing pressures on water resources, leading to the use of treated wastewater for irrigation purposes or being returned to water courses for abstraction downstream for drinking water purposes, as well as sludge recycling to land as a fertiliser. Accurate risk assessments that are not overly precautionary are therefore essential in predicting the fate of APIs in the environment to ensure protection of human and ecological receptors. Although general risk assessments for APIs with a log Koc of <4 do not currently require a specific soil risk assessment, increasing recycling of wastewater and sludge to land highlights the importance undertaking assessments ahead of likely legislative requirements. Consequently it is essential that the soil risk assessment process is developed and refined based on sufficiently rigorous data. The overall aim of this project is to improve upon the existing soil risk assessment methodology, supported by additional physico-chemical data generated where necessary, for known sources of APIs to the soil environment. Specific objectives are:

Iron is required by marine phytoplankton for a range of biochemical functions, including photosynthesis and nitrogen fixation, and therefore is important for supporting ocean ecosystems. Input of iron to the World Ocean occurs via a number of pathways: fluvial input, melting of glaciers and sea-ice, resuspension of coastal and continental shelf sediments, atmospheric deposition of aerosols and hydrothermal activity. However, it is thought that the majority of new iron supply to the surface open ocean is through atmospheric deposition of aerosols. The proportion of total iron contained within aerosols that dissolves in seawater, the fractional dissolution, varies greatly and is influenced by the original source of aerosols, the physical and chemical composition of aerosols, the particle size of aerosols, the concentration of aerosols deposited at the ocean surface, atmospheric conditioning during transportation of aerosols and the physicochemical conditions of seawater. This three year PhD studentship will investigate the effect that a number of the above factors have on the extent of leaching of iron from aerosols once deposited into surface seawater.

This project is part of JRP ENV05 Ocean Metrology for ocean salinity and acidity. The aims are:

(1) Estimate the uncertainty associated with each of the analytical steps involved in a shipboard flow injection-chemiluminescence (FI-CL) method for Fe speciation (including colloidal Fe) in marine waters and in a laboratory ID-ICPMS method (a primary ratio method).

(2) Describe all aspects of the measurement process, i.e. from the sampling step onwards, by mathematical equations, to provide transparency. This is necessary for thorough and realistic uncertainty estimations and establishing traceability to SI units of the measurement results.

Knowledge of the fluxes of bioactive trace metals (TMs) to the surface ocean is important because of their role as essential micronutrients for primary production, and due to their potential toxic effects at elevated concentrations. Deposition of TMs to the remote regions of the ocean via atmospheric transport is a primary input mechanism for these elements to the euphotic zone. However, there are limited data available to evaluate the impact of current and future changes to key seawater physicochemical parameters (i.e. pH, dissolved oxygen, organic chelates) on TM dissolution from aerosols. ‘DISCOSAT’ (Determining the Impact of Seawater Chemistry On the Solubility of Atmospheric Trace metals) will test the principal hypothesis that changes to these physicochemical parameters have a significant impact on the dissolution of TMs from aerosols. The project will also allow the comparison of the dissolution of metals from subtropical and temperate marine aerosols in the North Atlantic by sampling the marine boundary layer at the Tudor Hill facility in Bermuda and the Mace Head facility run by the National University of Ireland Galway.