An academic from the University of Plymouth will feature as one of the experts in a Channel 4 series examining the increasing impact of robots on our daily lives.

Tony Belpaeme, Professor in Robotics, was asked to contribute to the Rise of the Robots series and, in particular, an episode focussing on the impact of robots in a therapy setting.

It follows previous research initiatives he has led which have explored how robots could play a role in helping children with conditions such as autism and diabetes, and older people with dementia.

For The Robot Will See You Now, which will be aired on Tuesday 28 November at 10pm, Professor Belpaeme worked alongside academics from the University of Manchester to try and create a setting in which robots offer advice to people’s most intimate, personal problems.

Jess is a personal assistant robot who, along with her team of operator assistants, offers couples and families advice on some of the problems that life throws up from marriage to divorce, infidelity to obesity.

“As soon as we give a robot two eyes and a mouth, we just can’t help treating that robot as human. People are social beings, we’ve evolved to be social, and whether that’s with other humans or robots ultimately doesn’t seem to matter if the technology is good enough.”

Professor Belpaeme, who works within the University’s Centre for Robotics and Neural Systems, previously led the €8.3 million ALIZ-E project, in which a friendly robot was used to support children diagnosed with diabetes.

He is currently leading a €3million project, L2TOR, which involves academics and companies from across Europe and aims to design a child-friendly tutor robot that can be used to support pre-school children learning a second language.

For this programme, he was asked by Channel 4 to help them create an environment in which a robot would provide counselling to individuals, couples and families.

Professor Belpaeme says the resulting footage is a fascinating – and, in some instances, surprising – social experiment.

“People instantly seem to trust the robot with so many of their deepest feelings and emotions and what quickly becomes clear is that they feel the robot is not passing judgement,” he said. “In fact, some people seem to look to the robot as an ally, particularly in the case of parents who go into the room with their children.

“The fact it has character and presence invites people to treat it as another person in the room, despite the fact it is so clearly just a machine. It gives a fascinating insight into what might happen in the future and how artificial intelligence might be used in a wide range of healthcare settings.”

The Rise of the Robots season starts on Sunday 26 November at 9pm and for more information, visit www.channel4.com 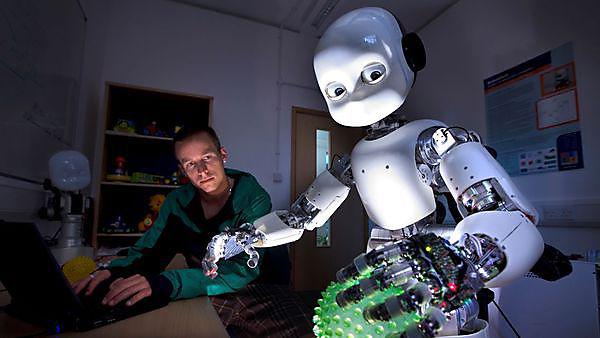 Will machines soon be thinking for themselves?

What does the future hold for robotics? How will their relationship with human beings change?
We look at how our researchers and pioneering academics are turning science fiction into reality.

People are social beings, we’ve evolved to be social, and whether that’s with other humans or robots ultimately doesn’t seem to matter if the technology is good enough 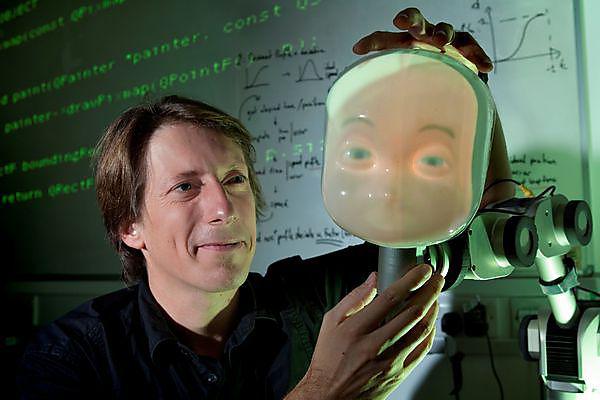