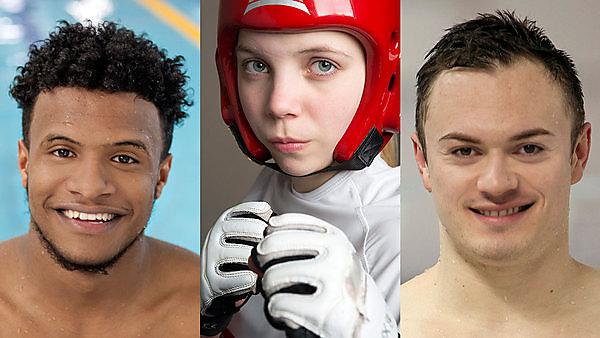 Students on Plymouth University’s sporting excellence programme have had an outstanding week in their respective disciplines.

In the meantime, Katie Bradley took the British Student Taekwondo Federation National Championship title in the -53kg weight class. Having been ill two weeks prior to the competition, Katie was unable to make her normal fight weight of -49kgs and had to move up a weight class, increasing the challenge. But the martial arts star won all of her matches by more than 12 points.

All of the scholars have to balance their studies with their sporting commitments, and their recent achievements mark the start of a busy summer of competition.

Antony, who is studying for a masters in psychology, said:

“It’s always amazing to compete at BUCS and represent Plymouth University. Winning in a new record means a lot to me as it gives me the chance to say thank you to the University for all the support that they have given me.”

“I am so happy with the results I achieved and they have given me a lot of confidence to race both nationally and internationally. I can't wait to get back to training and achieve even greater goals.”

“I’m so happy to have won the title for myself and as a representative of Plymouth University. As Taekwondo isn’t currently part of BUCS I don’t have many opportunities to compete for the University, and I really have to thank them for their support through the Sporting Excellence Scholarship program and for the Student Union (UPSU) facilities I can access for my preparations.

“As this competition was nominated as selection criteria event by British Taekwondo for the European Student Games in July, I’ve given myself a chance of being selected for the team, which is fantastic.”