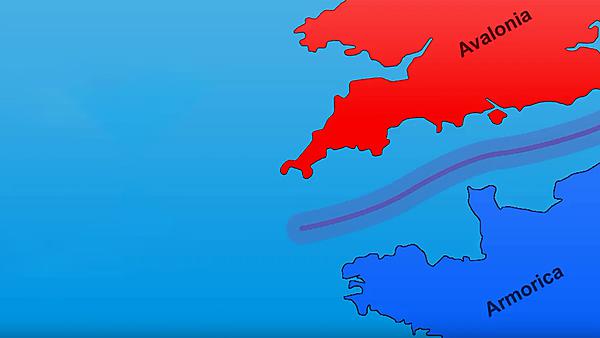 The British mainland was formed from the collision of not two, but three ancient continental land masses, according to new research by geologists at the University of Plymouth. The findings are published in Nature Communications and follow an extensive study of mineral properties at exposed rock features across Devon and Cornwall.