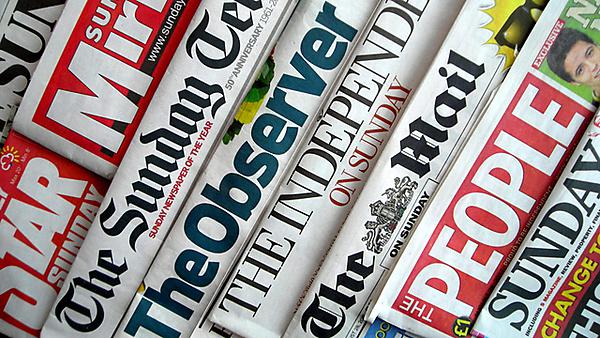 It is the time of year when many are digging out their cosy fleeces for winter walks in the countryside. But comfy fleeces may seem less appealing following a warning that their tiny plastic microfibres are getting into our diet through sardines and oysters. The report centres around a study by the University of California, but includes quotes from Professor Richard Thompson about his ongoing research into the prevalence and effects of microplastics.

Hilary Neve, Professor in Medical Education in Plymouth University Peninsula Schools of Medicine and Dentistry (PUPSMD), appeared on BBC Radio 4 programme In Business as part of a feature on improving NHS productivity. Hilary described how a GP phone consultation service is helping to better manage the pressure of increasing demands on a local surgery, explaining that instead of booking a face-to-face appointment, patients are phoned back by a GP, who discusses whether they need to come into the surgery or can proceed with verbal advice and/or self-care. She said around half of the patients who call Plymouth’s St Levan surgery are now dealt with over the phone and everyone who needs to be seen is offered an appointment within 24 hours.

Listen to the Radio 4 feature

Andy Phippen, Professor of Social Responsibility in IT, is featured in The Mirror commenting on new games console, the Nintendo Switch. The console has been designed to give parents better control over their children’s activity, and Andy explains that it’s important for parents to play an active role in a child’s gaming, while still affording children their right to privacy.

Read the full article in The Mirror

Ian Sherriff, Academic Partnership Lead for Dementia, appeared on Countryfile at the weekend to explain the impact of dementia on farming and rural communities. As Chair of the government’s rural dementia task and finish group – whose purpose is to identify issues for people and carers in rural communities and find solutions – Ian highlighted the pressures of living with the condition in a rural area as found by a research team from the University of Plymouth. He also discussed the Dementia Friendly Parishes project in Devon, which is one of 15 innovated projects that the group has put in to action. Several people have contacted Ian since the broadcast to discuss how to implement ideas in their own villages.

The charged relationship between John Lennon and Sir Paul McCartney will be translated into a classical work composed using a computer algorithm analysis of the Beatles duo’s lyrics. Dr Alexis Kirke, a composer at Plymouth University, devised a computer algorithm to chart the emotional development of the pair’s friendship for a composition marking the 60th anniversary of Lennon and McCartney’s first meeting. The data has been transformed into a piece representing their 23-year relationship as a classical duet, which will be premiered at the Peninsula Arts Contemporary Music Festival staged at the University.

Dr Lucy Turner, Lecturer in Marine Biology in the School of Biological and Marine Sciences, was a guest on the Today programme this week, talking about landmark new research into ocean acidification and its potential impact on biodiversity. Lucy was interviewed by presenter John Humphreys on the findings of the report, published in Nature Communications (doi: 10.1038/NCOMMS13994), which involved colleagues from the University, Plymouth Marine Laboratory, and the University of Quebec in Rimouski (UQAR).

Listen to the Today programme

Dr Mike McCulloch, Lecturer in Geomatics, has featured on international radio explaining an engine that defies the known laws of physics. Known as an EMDrive, the fuel-free thruster uses only solar power and creates thrust by bouncing microwaves around in an enclosed chamber – going against Newton’s third law. Mike appeared on The John Batchelor Show in the USA to explain how, by drawing on an effect predicted by combining quantum mechanics and Einstein's theory of relativity, his work has shed some light on why this might be the case.

Listen to the feature on The John Batchelor Show

Deborah Greaves, Professor in Ocean Engineering, Head of the School of Engineering, and Director of the COAST Laboratory, appeared on BBC World Service programme CrowdScience to explain marine renewable energy and help address the question ‘Why can’t we use energy from the waves of the sea to create all the electricity that we need?’. The programme also showcased the COAST Laboratory’s wave tank in the University’s Marine Building.

Listen to the CrowdScience feature

A University study on how UK veterinary practices may be dealing with up to 170,000 cases of wildlife casualties per year, while facing significant restrictions in terms of cost, knowledge and facilities, has been covered by the Vet Times. Carried out by undergraduate student Emily Barnes and Dr Mark Farnworth, both from the School of Biological and Marine Sciences, the research (doi: 10.1136/vr.104052) showed that 85 per cent of respondents said they had treated wildlife in the past year – a far greater figure than previous research had suggested.

Science behind success of Oscar-winning Disney song (The Telegraph)

Dr Alexis Kirke, research fellow specialising in the science of music and emotion at the University's Interdisciplinary Centre for Computer Music Research (ICCMR), features in a Christmas Day article in The Telegraph giving his opinion on why the Disney movie Frozen’s song Let it Go is so catchy. The film, released towards the end of 2013, was aired on Christmas Day 2016 alongside another Disney classic, The Lion King.

Read the full article in The Telegraph